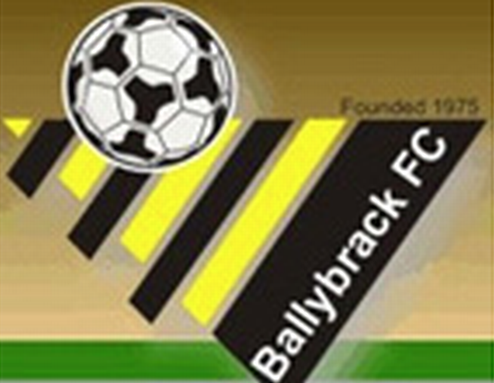 An Irish amateur side have been forced to apologise after erroneously confirming to the league authorities that one of their players had died.

Ballybrack FC recently informed the Leinster Senior Football League that one of their players, Fernando Nuno La-Fuente, had died in a car crash on his way home from training last Thursday night.

In actuality, the dead ringer had simply left the club and moved to Galway after starting a new job.

After news of Nuno La-Fuente’s ‘demise’ was circulated by the League, Ballybrack’s game against Arklow Town on Saturday was called off as a mark of respect while all other teams in the league wore black armbands and observed a minute’s silence before their matches.

However, when the Leinster League then enquired about offering support to Nuno La-Fuente’s family, the story began to unravel.

We were informed on Friday morning that a young lad had passed away. So we asked the secretary for the league to find out when the funeral was or what was happening so we could send a representative of the league and make sure the family was alright for a few bob.

We got a call back saying that his body had been sent back to Spain and that’s when the alarm bells rang. I was saying ‘what do you mean?’. They wouldn’t have been able to do an autopsy or whatever in that time.

We started investigating it yesterday and then I got a call saying that he had just left to go home to Spain. I’m delighted the young lad’s alive but I’m absolutely dumbfounded by what’s going on.

Ballybrack FC also issued a statement in which they confirmed that they had contacted the player to confirm his well-being, and described the baffling incident as a “grave and unacceptable mistake”:

It has come to the attention of both the club, senior players and the management team that a gross error of judgement has occurred emanating from correspondence sent from a member of the senior set up management team to the Leinster Senior League.

This grave and unacceptable mistake was completely out of character and was made by a person who has been experiencing severe personal difficulties unbeknownst to any other members of the club.”

At this stage we can only offer our sincere apologies to the Leinster Senior League, our opponents Arklow Town FC and the host of clubs and football people who made contact with us or offered messages of support in recent days.

The club also added that the person responsible has since been “relieved of all footballing duties” after an emergency meeting was called earlier in the week.

RTE Radio then managed to catch up with Nuno La-Fuente after the story broke, with the player revealing that the first inkling he got that something was amiss was when he was suddenly removed from the Ballybrack team WhatsApp group without notice.

I was at home yesterday after work playing some video games when suddenly I got a call from work and I was like ‘oh, what’s happened?’

And they told me ‘You’re a celebrity’ … that’s how I found out I was dead!

It’s serious on their (Ballybrack’s) part but I’m finding it a little bit funny because, basically, I’m not dead.