After enduring a dreadful run of form this year, Crystal Palace finally secured a win, via their 1-0 victory against Norwich City at Selhurst Park.

The victory, which sees the Eagles go a significant 10 points clear of the drop-zone. The goal came courtesy of a Jason Puncheon on 68 minutes, and the winger and his team-mates (understandably) celebrated that strike with a healthy dose of emotion… 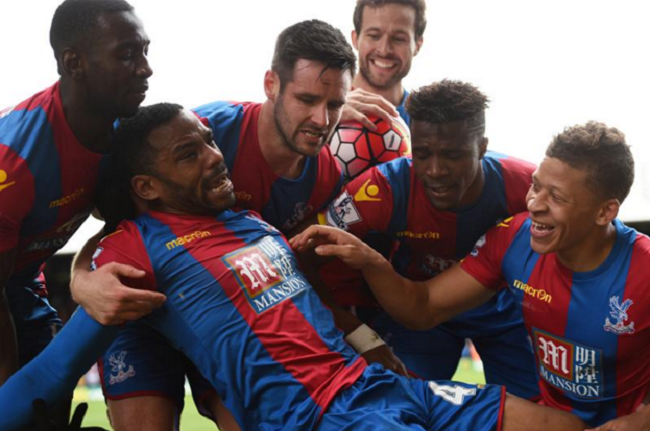 I’m not convinced what a couple of those players are actually looking at, though!?