Having signed for Norwich City last January, winger Onel Hernandez has become hopelessly enamoured with life in East Anglia – well, at least one incredibly specific aspect of it, anyway.

The Cuban-born, former Germany U-18 international was interviewed by the Canaries’ match programme last weekend, in which he was asked how he was finding it living in Norwich. 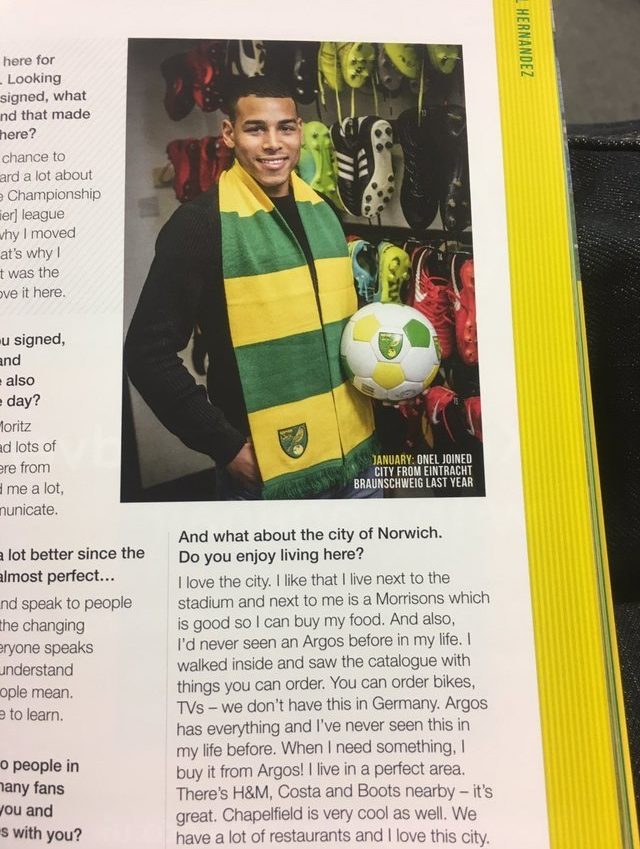 I’d never seen an Argos before in my life. I walked inside and saw the catalogue with things you can order.

You can order bikes, TVs – we don’t have this in Germany. Argos has everything and I’ve never seen this in my life before.

When I need something, I buy it from Argos! I live in a perfect area.

Oh, to see Argos through fresh eyes. The wonder, the glory, the vast amount of stock that you’re not actually allowed to see until you’ve bought it.