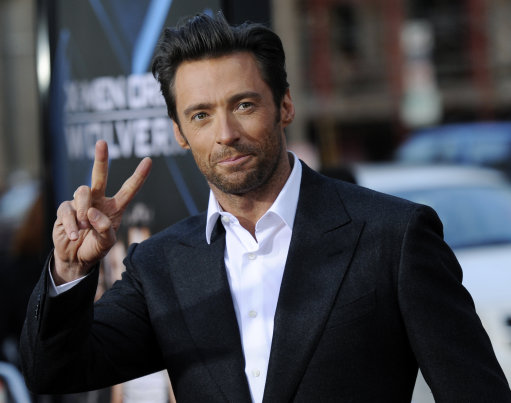 Aussie superstar Hugh Jackman is the latest big cheese from the world of entertainment to flirt with part-ownership of an English football club, thus following in the footsteps of Jay-Z (Arsenal) and 50 Cent (Accrington Stanley). Actually, the 50 Cent one is made up.

Anyway, Jackman, who professes to being a big Canaries’ fan and whose mum lives in Norfolk, turned down the chance to put some of his dosh into the club.

“Sometimes I make big mistakes,” he said. “I got a letter about a year ago saying, ‘Being such a huge Norwich City fan would I like to be a celebrity investor?’, like a small part-owner.”

“I said, ‘I think that’s a little stretched, I’ve been to Carrow Road once, my mum took me’, so I decided not to invest. And since then they’re on a run, so what do I know?”

Jackman’s knowledge of the club will have football anoraks all over the country tutting into their cup-a-soups: “I have the Milk Cup shirt, the commemorative shirt from 1984”, he explained. “There’s really been nothing since that, except for Delia Smith’s poached eggs.”

Before anyone gets antsy, that should be ‘1985’ – Wolverine’s mistake, not ours.