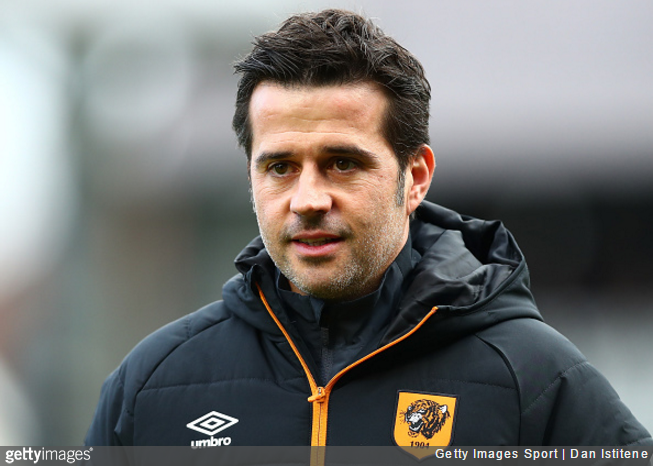 All the usual apprehension was expressed over the 39-year-old Portuguese coach’s appointment – his tender years, his supposedly iffy grasp of English, his relatively limited prior experience, and – of chief concern for Paul Merson and his ilk – the fact that if we’ve never heard of ‘im, how could ‘e possibly know the league, Jeff?

Since then, the Tigers have hauled themselves up into 17th place, two points above the dotted line o’ doom, having lost just four league matches – all of which were away from home against Chelsea, Arsenal, Everton and a freshly resurgent Leicester.

Indeed, on their own turf Hull have become nigh-on impenetrable post Silva’s arrival, mustering five wins and one draw from six games at the KCOM Stadium.

Not that it should come as much of a surprise as, following Wednesday night’s 4-2 win over Middlesbrough, Silva is now proud custodian of a 40-match unbeaten home streak that stretches back to his last few months in charge of Estoril Praia.

Since 31st March, 2014, Silva has taken charge of 40 home matches (with Estoril, Sporting Lisbon and now Hull), winning 33 of them, drawing seven and losing zilch – putting a combined total of 106 points on the board in the process.

Indeed, the Tigers have amassed 17 points since he was sworn in – the fourth highest total in the Premier League in that time frame, behind only Chelsea, Tottenham and Everton.

As if that wasn’t enough, Silva has also made Oumar Niasse look like a force to be reckoned with. No mean feat.

Of course, this could all be horribly premature given that Hull have only just dredged themselves up out of the drop zone and still have some tricky fixtures remaining, but even if it’s solely for making Paul Merson once again look like a braying imbecile, then Silva will always have Pies’ eternal gratitude.