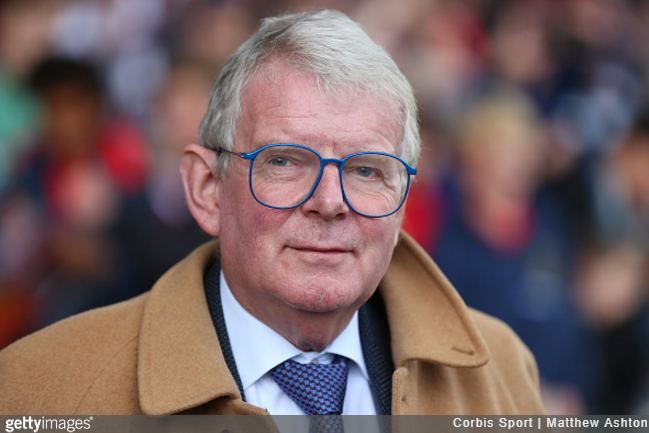 The BBC have announced that, after half a century behind the microphone, John Motson is retiring from the commentary game at the end of the current season.

Motson reduced his workload when he stopped doing live broadcasts a season or three ago, and will now commentate on 18 further Premier League matches for Match of the Day before calling it quits with the FA Cup Final coverage next May.

While he may have become at little caricaturish and off-the-pace over the past couple of years, Motty, his perfectly pitched hooting and his vast reservoir of knowledge and trivia will forever be part of the English football tapestry.

Here’s a couple of stand-out gems from the Motty archives, starting with a curt appraisal of Germany’s attacking options at Euro 96…

And this, a genuine modern classic of the falsetto commentary genre (and the last time Pies genuinely guffawed out loud while watching football on television)…

Sounds odd to say, but there’s a good chance he won’t be overly missed (he’s been a bit doddery for a while now), but Motty will certainly be remembered fondly long after the majority of your ilk have faded into obscurity.

Taken as a whole, the man has had a cracking innings up in the gantry.