Here you go, Pies’ pick of the ten best still exposures from the past two day’s worth of Europa League action… 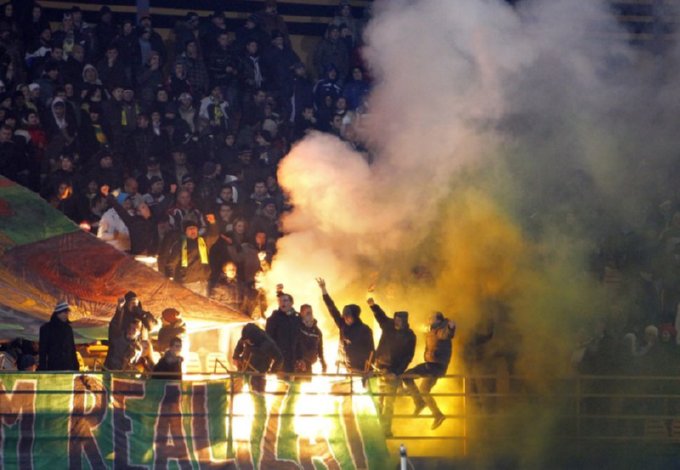 FC Vaslui supporters are silhouetted by burning flares during their game against Lazio in Piatra Neamt, Romania 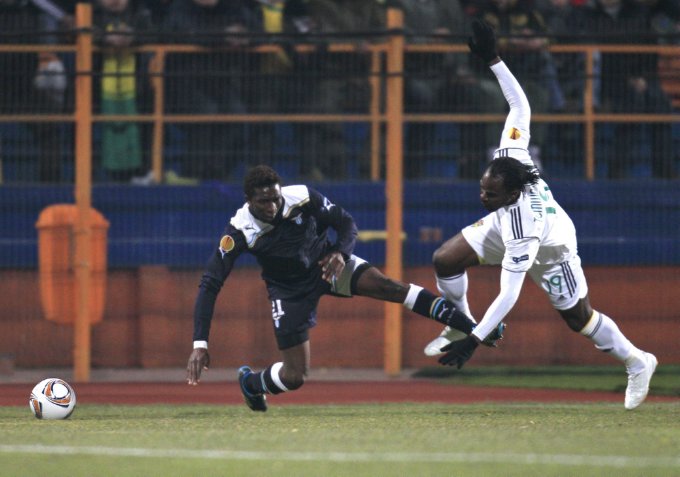 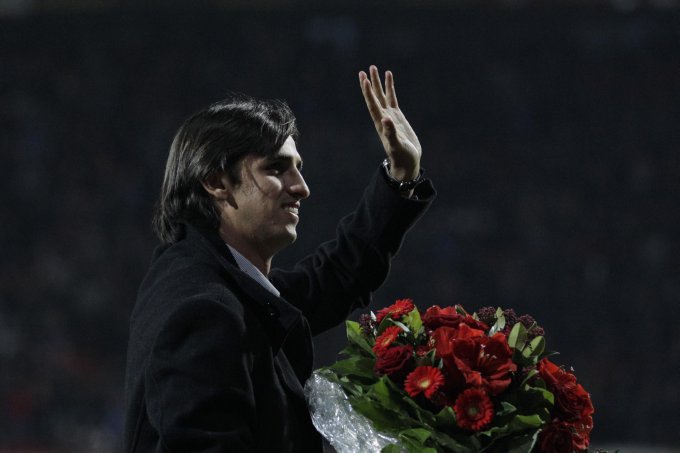 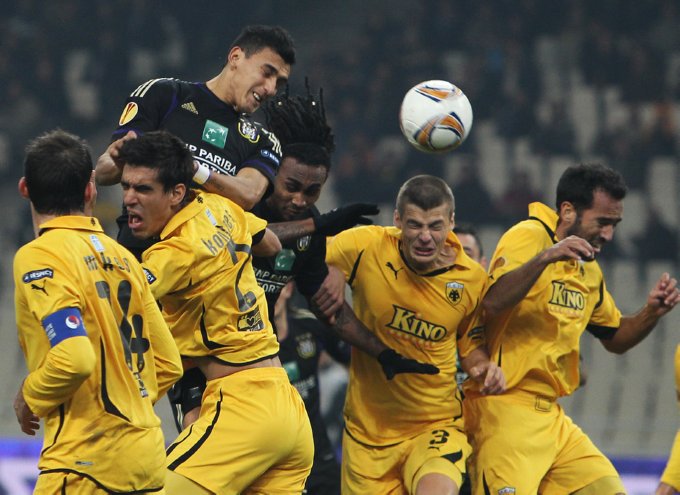 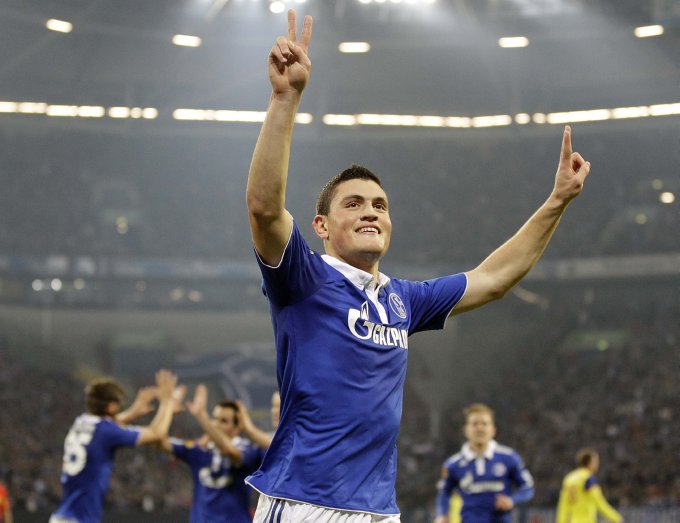 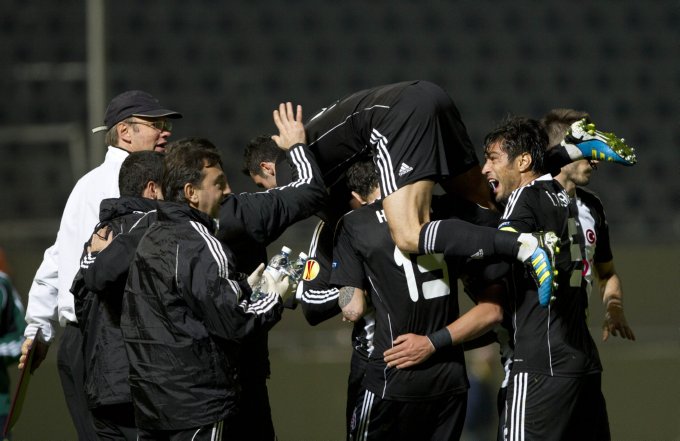 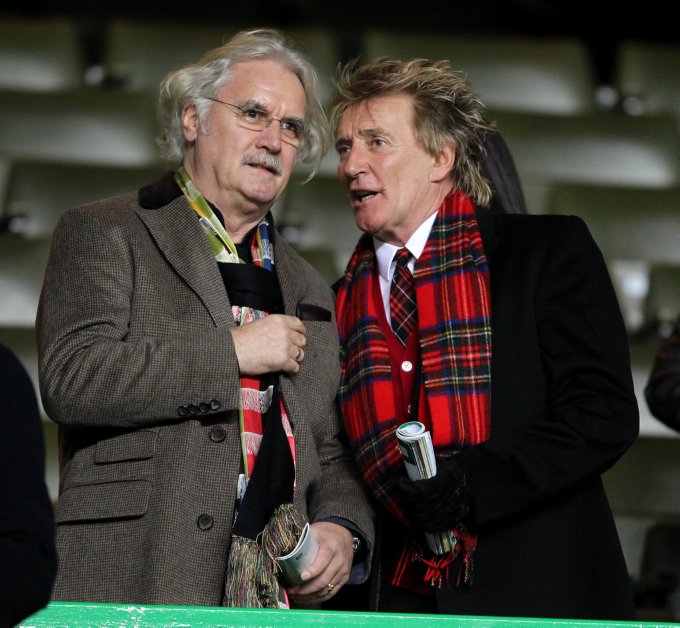 Billy Conolly and Rod Stewart turn up at Parkhead to watch Celtic take on Atletico Madrid, and are seen here presumably discussing exactly why Beram Kayal felt to need to duck and let Arda Turan’s shot fly in over his head 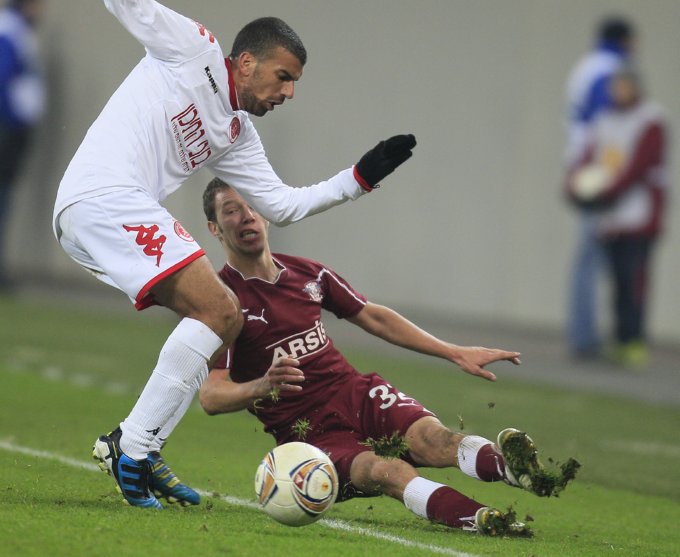 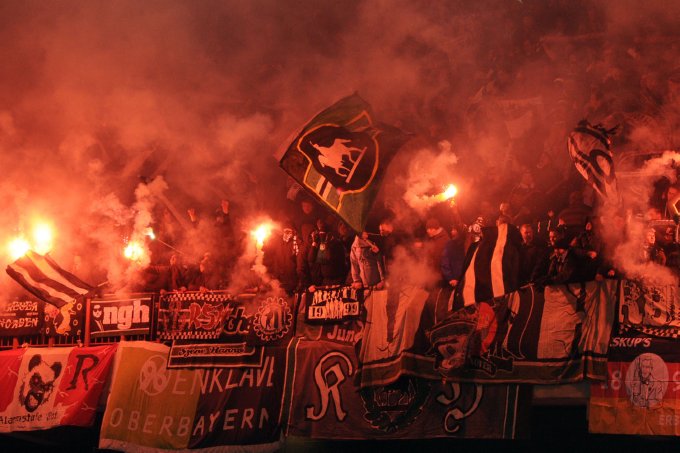 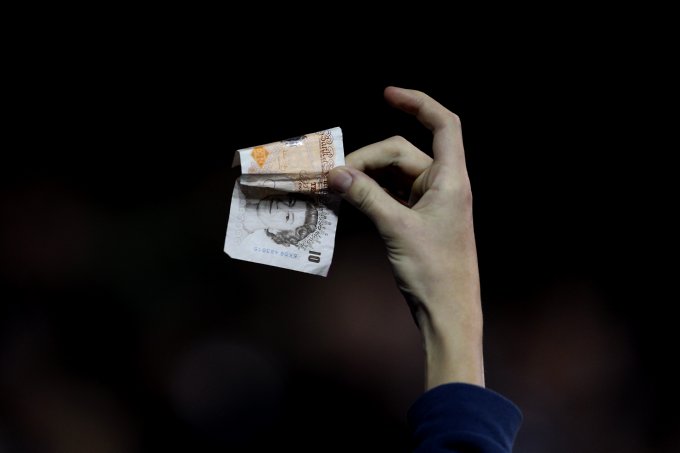