The results of this year’s Ballon d’Or are in. As expected, Barcelona players dominated the voting, with three current players and one ex-player in the top five. The greatest of these, and this year’s European Footballer of the Year, is … drum roll … LIONEL MESSI. 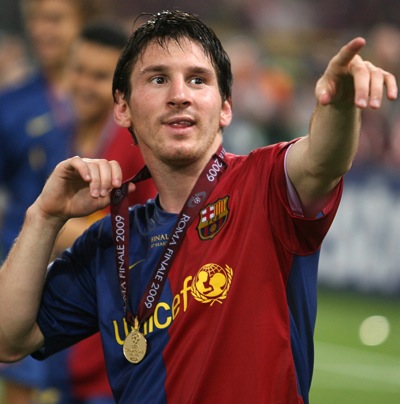 It’s absolutely the right decision, though perhaps there was also a case for the award being given to Barcelona as a whole team, so outstanding were they in the last campaign.

Cristiano Ronaldo was the only non-Barca player to figure in the top five. He came in second in the voting, but with less than half the amount of points (233) as Messi (473). A landslide for the little Argentine, then.

To see who made it into the top 10 (including a couple of English stars), check out our most excellent Ballon d’Or gallery below, featuring some of the best photos of the best players in the world: Loving that picture of Messi, btw.

And do you agree with the results? I think Zlatan is a bit too high. Other than that, hard to disagree much.