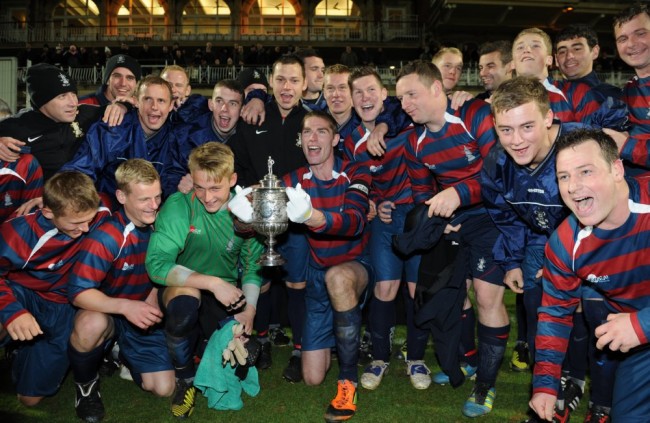 Having lost it 1-0 the first time around 140 years ago, Royal Engineers overcame Wanderers by two goals to one in a re-staging of the 1872 FA Cup Final as part of the FA’s 150th anniversary festivities.

The original game, played without such frivolities as crossbars or goal nets, was settled by a Morton Betts goal – who was playing under a mysterious pseudonym, ‘A.H. Chequer’, for reasons unbeknownst to almost everyone, while one Royal Engineers player, Lieutenant Edmund Creswell, played the majority of the game with a fractured collarbone.

As with the 1872 match, the game was played at The Oval cricket ground in London – which had been cordoned off appropriately – with both sides wearing their historic colours, former Wales manager Bobby Gould taking charge of the Wanderers side and Royal Engineers were marshaled by Warrant Officer Class 2 Simon Bell of the Army Training Regiment Winchester.

After securing victory with an impressive 7-1 winning margin, Royal Engineers captain Lance Corporal James Hubbard was allowed to lift the original 140-year-old FA Cup trophy  – but only after donning a pair protective gloves.