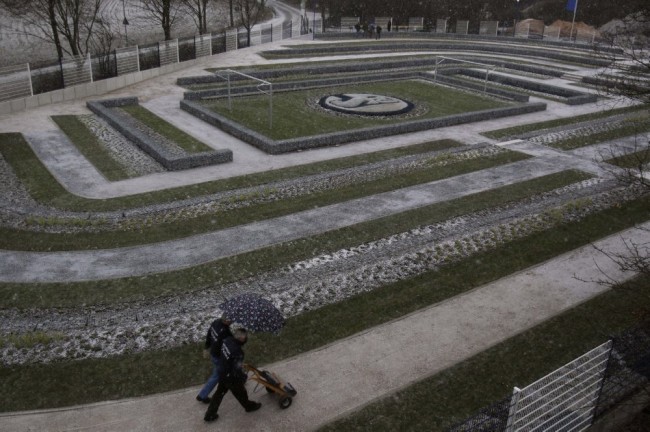 Following in the footsteps of Hamburg (who opened a similar cemetery in 2008), Bundesliga side Schalke 04 have today inaugurated their new ‘supporters’ graveyard’  – complete with football pitch – just 500 metres away from their Veltins Arena stadium in Gelsenkirchen, with 1.904 graves for avid fans of the club to find their final resting place.

Before you go and get all cynical, Schalke themselves aren’t going to see ‘Euro one’ from the venture, with some graves even already set aside for extremely loyal fans who otherwise wouldn’t be able to afford them.

As was only fitting, the snow fell and gave the place an added air of sombre beauty…