This year marks the 90th anniversary of the first FA Cup Final to be played at Wembley – or the Empire Stadium as it was then known – when Bolton Wanderers met West Ham on 28th April, 1923.

The madness began three-and-a-half hours before a ball was kicked, as thousands upon thousands of fans swarmed into the stadium and out onto the pitch. According to the FA, 125,000 supporters were expected to turn out though, such was the fervour to attend the cup final at the newly-opened stadium, it’s estimated that the actual number was closer to 300,000. That said, the attendance for the game is still officially listed as “just” 126,047.

Due to the huge numbers of fans surging onto the pitch, the police were bought in to quell the crowds – with a gargantuan white police horse named “Billy” becoming the defining image of the day. To this day the 1923 final is referred to as “The White Horse Final”, while the “White Horse Bridge” outside the new Wembley Stadium is so called to commemorate Billy’s exemplary work all those years ago… 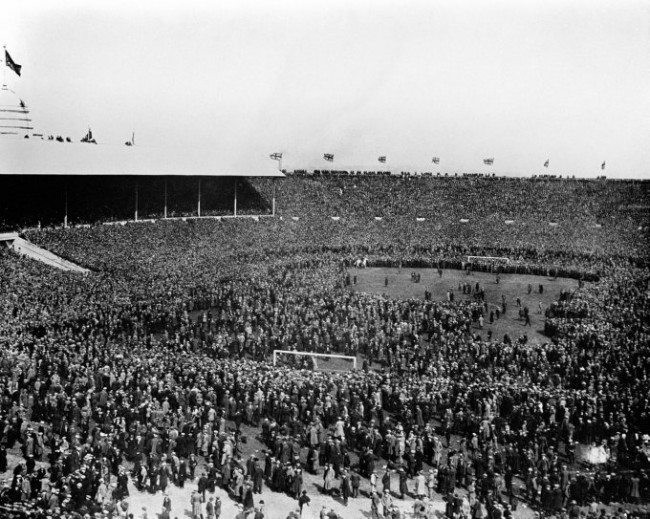 Hundreds of thousands of fans cram into the Empire Stadium before kick-off. Billy the white police horse is just about visible in the upper-left corner of the pitch 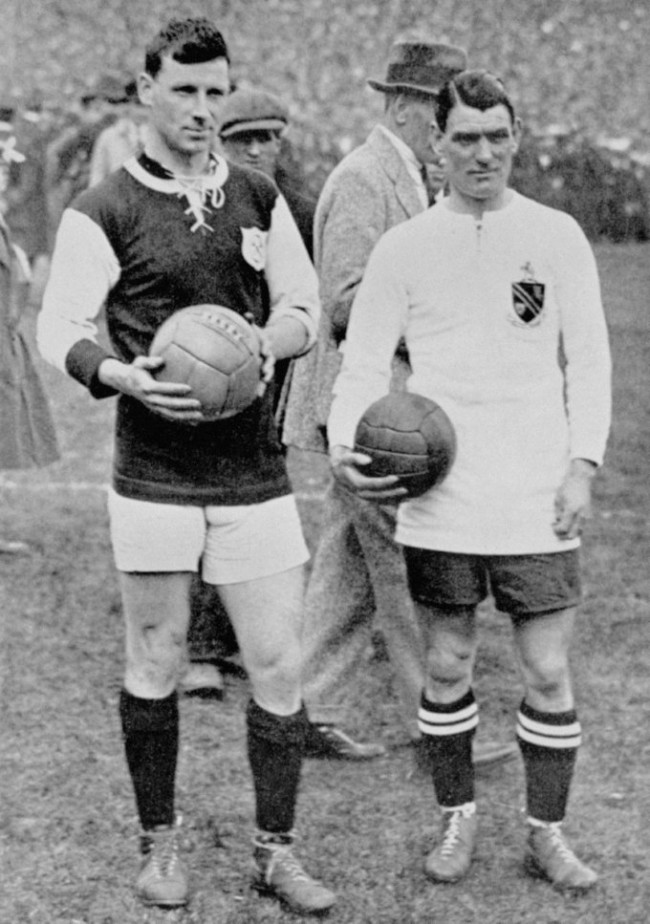 The two captains, West Ham’s George Kay (left) and Bolton’s Joe Smith (right) pose for a photograph amid the chaos 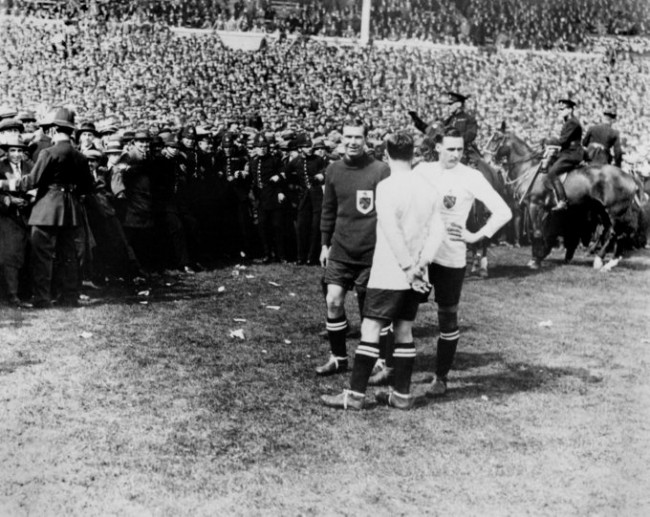 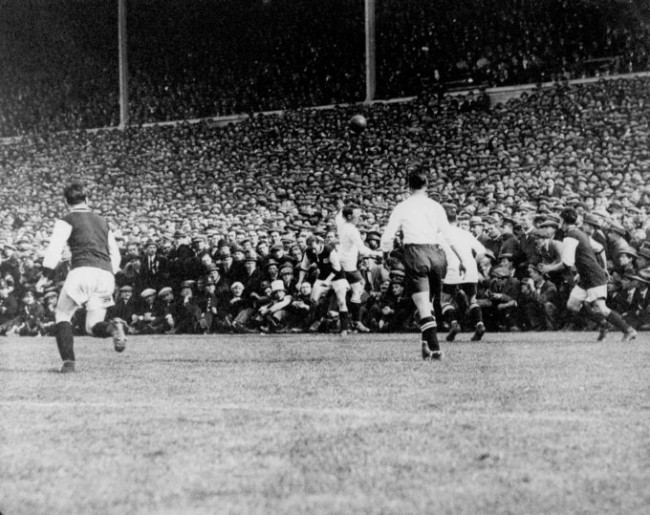 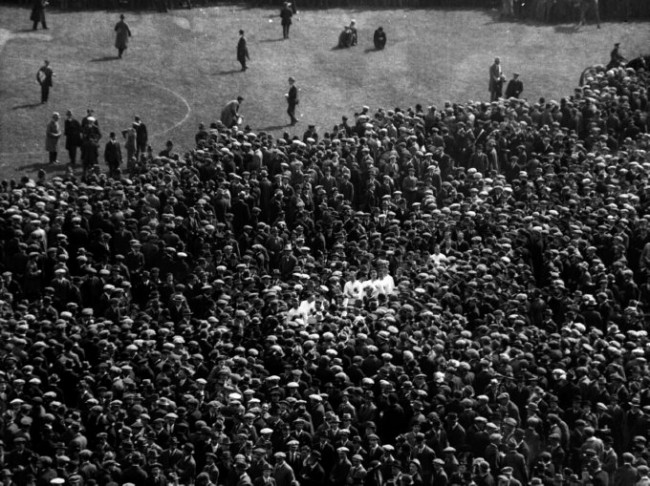 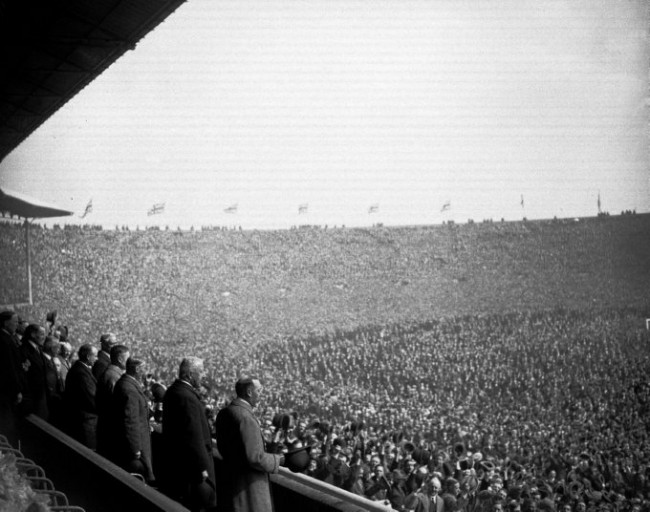 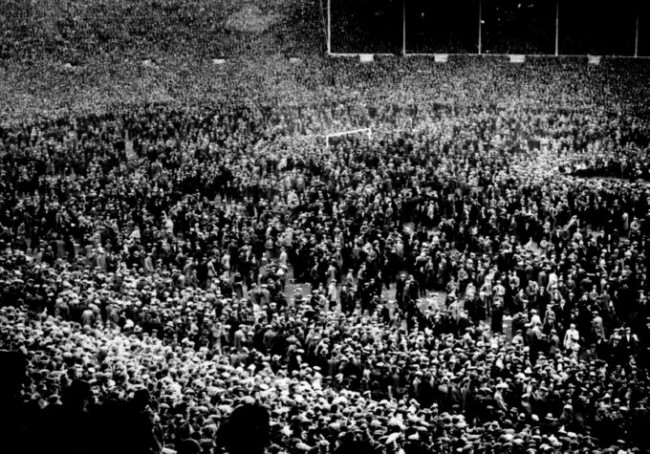 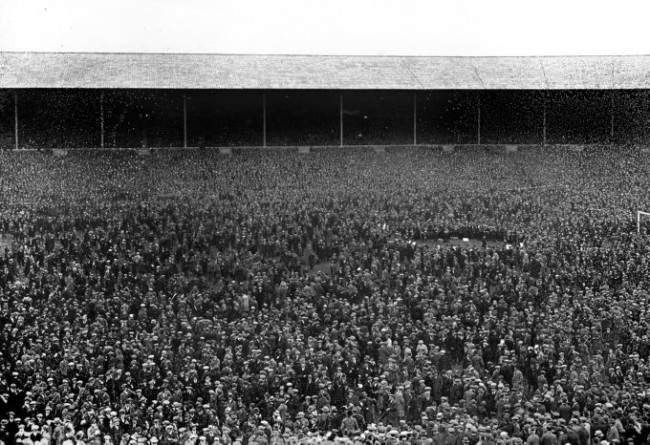 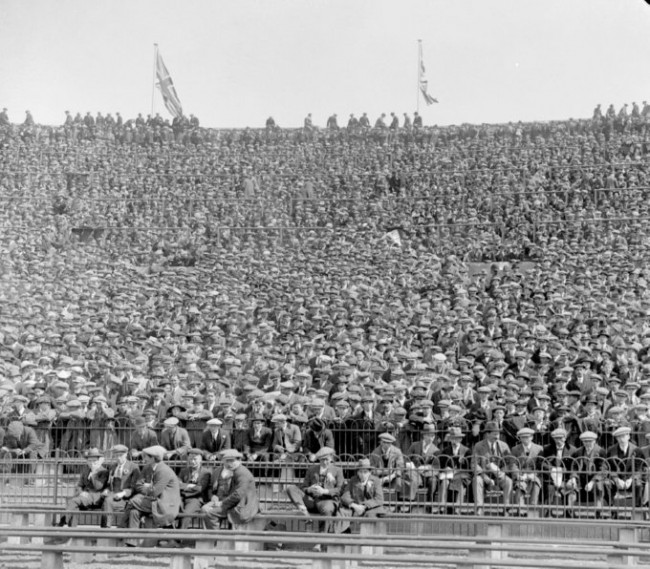 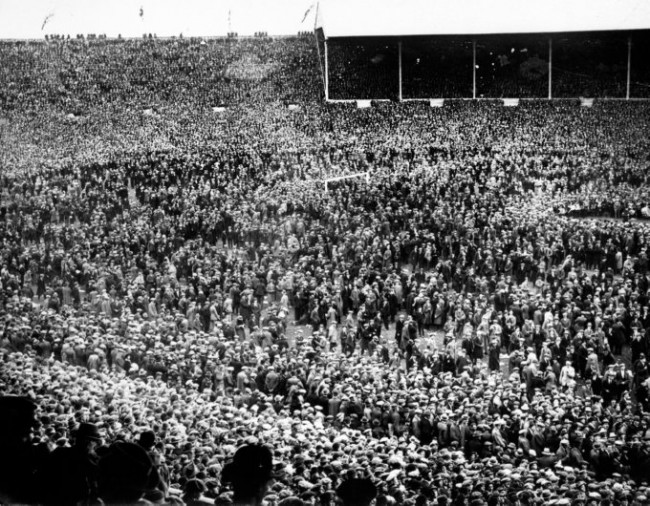 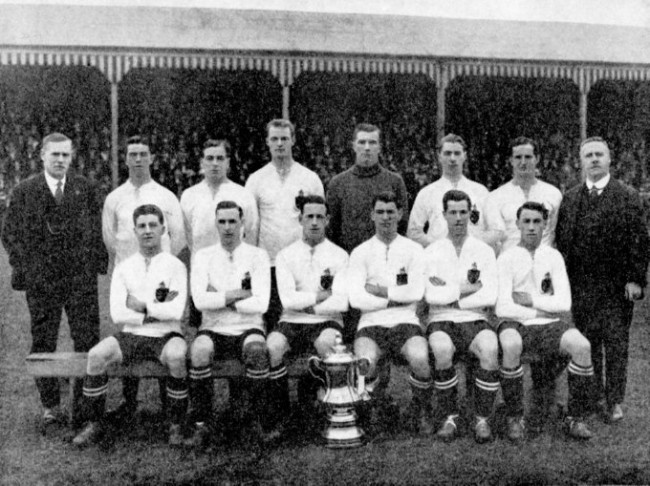 Having eventually run out as 2-0 winners thanks to goals from David Jack and captain Joe Smith, the victorious Bolton team pose with the FA Cup.

West Ham manager (or “trainer” as they were then known) Charlie Paynter actually partially blamed Billy the horse for his side’s defeat, claiming that, “It was that white horse thumping its big feet into the pitch that made it hopeless. Our wingers were tumbling all over the place, tripping up in great ruts and holes” 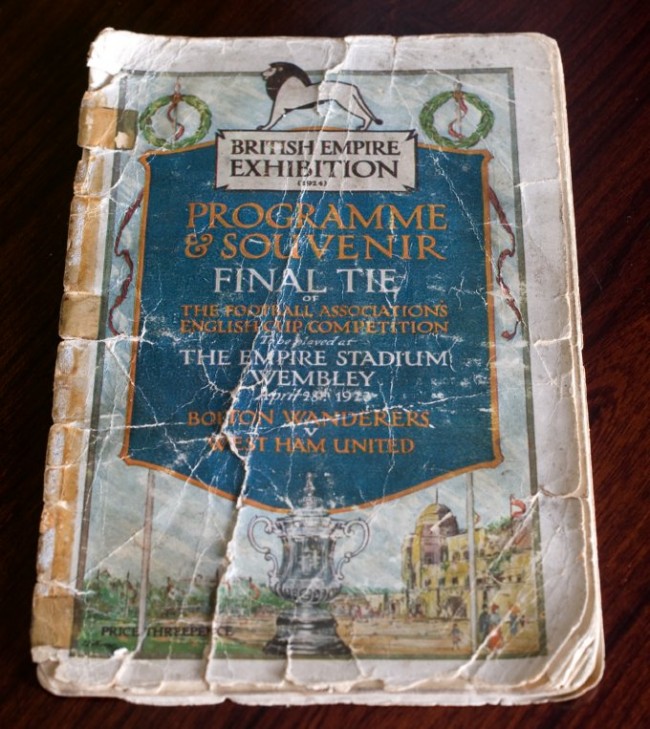