We can only imagine that, during contract negotiations with Pep Guardiola, Bayern Munich kept their squad’s annual participation in the Oktoberbest festivities hush-hush given that watching his players happily quaff flagons of Bavarian ale probably doesn’t sit too well with the Spaniard’s individually tailored, surgically-precise diet and nutrition regimens.

Indeed, legend has it that Pep once publicly dressed Lionel Messi down in an airport departure lounge for having the gall to drink a can of Coke less than an hour before flying due to the negative impact the sugary bubbles could have on his pristine physiology. In short, the man is obsessed.

Anyway, this weekend saw the Bayern squad’s annual visit to the Oktoberfest beer halls and it was quite obviously killing Pep inside as he feigned enjoyment. We mean, just look at the state of him… 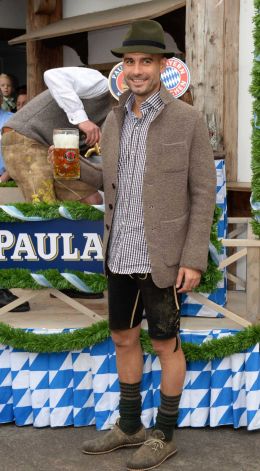 Here’s hoping that the German language has one of those wonderfully descriptive words that succinctly encapsulates that look – something that translates along the lines of “a man who has never looked quite so out of place”…. 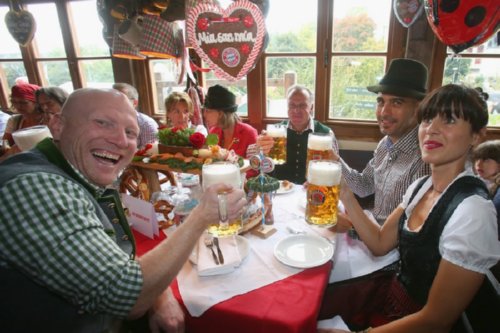 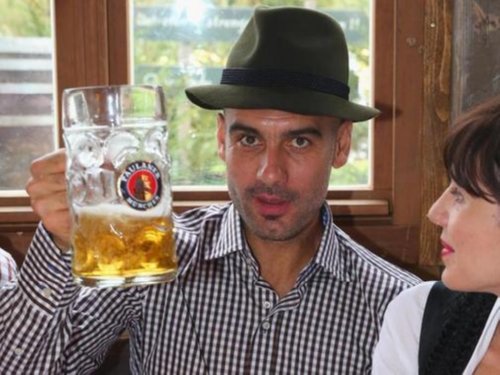 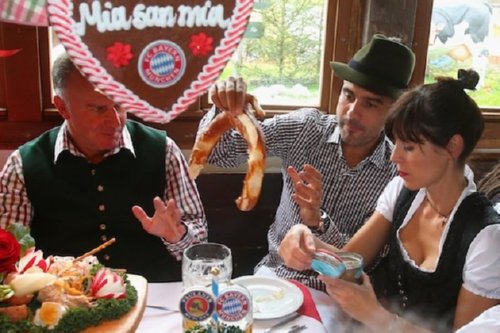 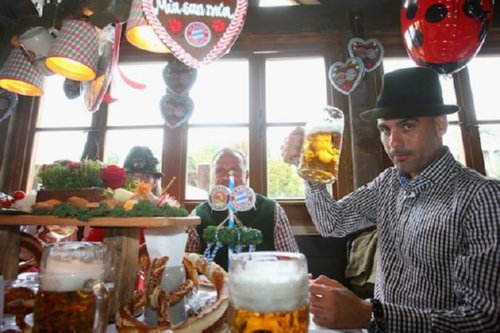 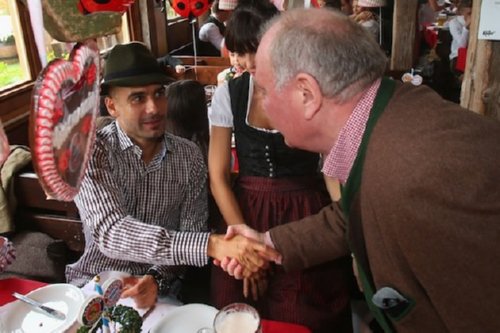 “Sir, I don’t know who you are but I will pay you handsomely to get me out of here”