As spotted by Pies’ Brazilian narc Nacho Aubin (@NachoAubin), it would appear that the football tourists among the 58,000 people inside the Estadio Mineirao in Belo Horizonte for Brazil’s second round game against Chile yesterday were given chant cheat sheets to help them join in with the real fans… 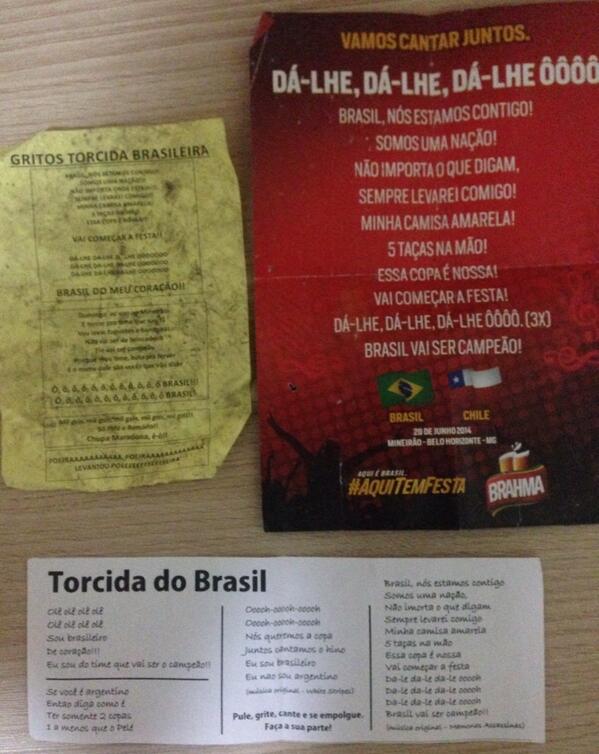 As far as we can tell, it would appear that beermongers Brahma have been keen to foist new all-inclusive songs on Brazilian fans by circulating generic lyrics to existing club chants in and around stadiums in a bid to avoid supporters of rivals teams clashing by singing club-specific chants at one another during Brazil games. Something like that anyway.