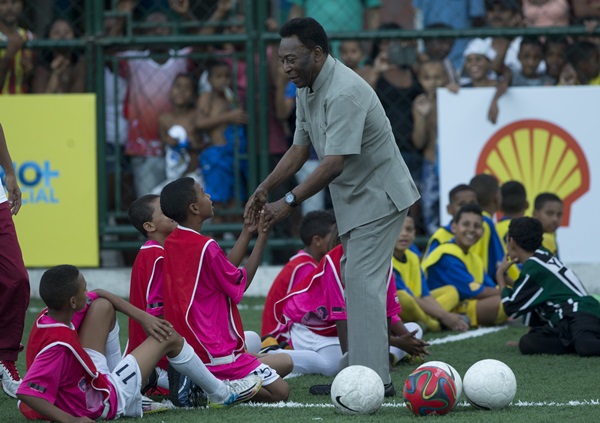 Funded by the Shell oil company, the newly-refurbished pitch in Rio’s Morro da Mineira favela now uses 200 kinetic tiles to harness energy produced the players moving around on top of it as well as using solar panels to power six of its own LED floodlight to keep the arena safely and economically illuminated into the evening.

“I thought we were inaugurating another artificial pitch but I didn’t expect that this field could produce energy – it’s the first in the world!

“Football is Brazil’s biggest passion and the sport has gone through so much technological innovation since the last time I played.

“This new pitch shows the extraordinary things possible when science and sport come together.”

According to the Daily Telegraph, the pitch will generate 80% of its energy using the solar panels, while in the evening 100% of the energy will come from the underground tiles.

Here’s a few more photos of Pele doing his thang… 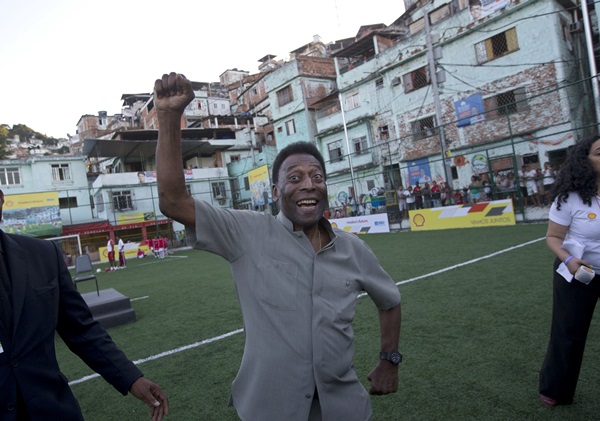 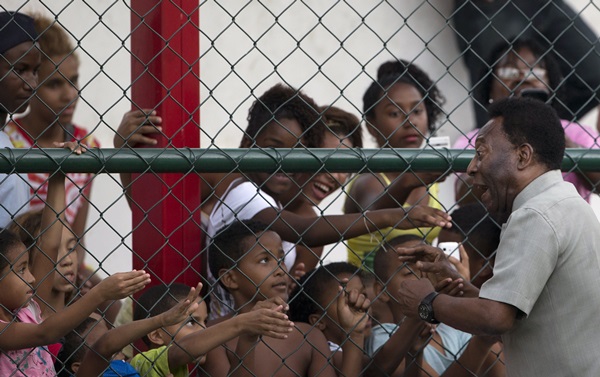 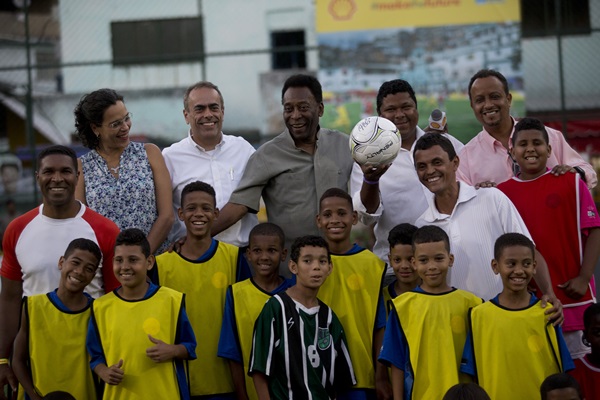 As you may or may not recall, Adidas pioneered a similar self-sustaining pitch scheme a year or so ago, though their specially-rigged “Power Pitch” was only used as part of an advertising campaign for their then-new Nitrocharge boot line.

We’re glad to see the technology finally being put to an altogether more worthy use.