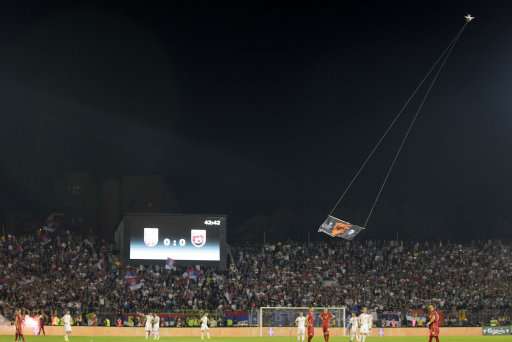 Ahead of the draw for the qualifying rounds of EURO 2016, UEFA rather sensibly decided to keep Gibraltar and Spain apart and do the same for Armenia and Azerbaijan. However, the powers-that-be did allow Serbia and Albania to be drawn in the same group, a decision which was always asking for trouble in light of the Kosovo issue. And on Tuesday night, trouble did indeed come to the Partizan Stadium in Belgrade during the  Group I clash.

The bedlam began when a small unmanned drone flew over the pitch towards the end of the first 45, with the flag of the so-called ‘Greater Albania’ (an area of the Balkans where ethnic Albanians live) attached to the drone. This came after both the Serbian and Albanian flags had been banned from the ground by UEFA (along with away fans).

A Serb player then ignited the already tense situation by grabbing the flag from the drone, which lead to a melee involving players from both sides. Fans then invaded the pitch while flares were thrown as riot police tried to calm the situation.

“It is a regretful situation on which we will report; the referee, myself and the security advisor. The circumstances were such that we couldn’t continue the match.”

“You all saw what happened and I cannot comment on who is to blame or what to blame. I will submit a report with my colleagues to Uefa and Uefa will decide what will happen further.”

One wonders what the repercussions will be for both teams in the coming days and weeks.

Here’s some more photos from the incident…. 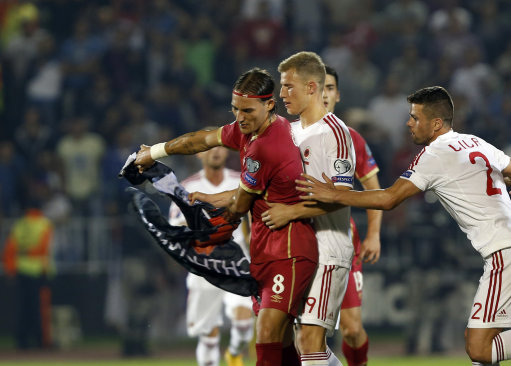 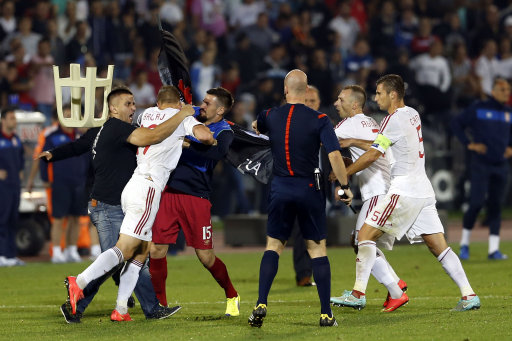 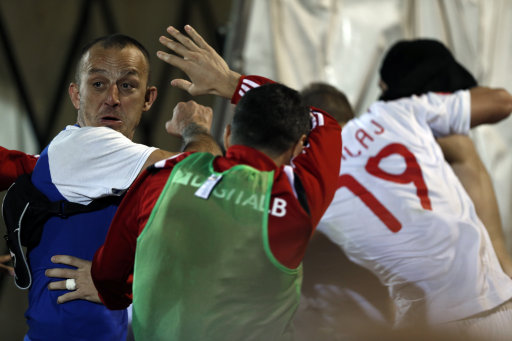 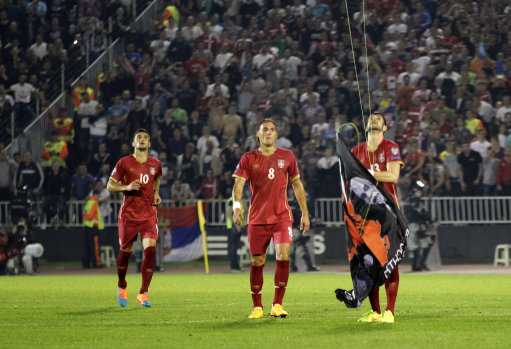 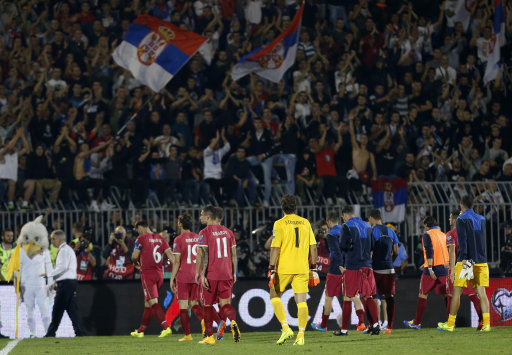 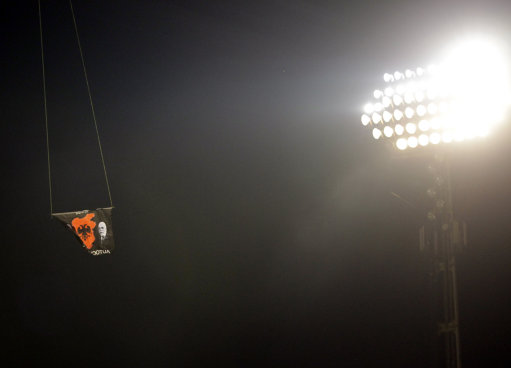