Narked at having to play on a Monday night at the behest of the television companies, Rayo Vallecano’s ‘Los Bukaneros’ ultras group staged a protest by refusing to enter the stadium during the first 24 minutes of their game against Eibar.

The section usually occupied by Los Bukaneros was left predominantly empty while a small group of ultras unfurled giant Simpsons-themed banners and even dressed up as various characters in order to act out “couch scenes” up in the stands.

According to the Futbolsapiens site, the banners were illustrated with various Springfield inhabitants, with Mr Burns declaring his support for the “rich men” of Spanish football getting richer, while Helen Lovejoy cried out for someone to please think of the children.

Kodos and Kang also made an appearance before Ralph Wiggum popped up to say  “I LIKE FOOTBALL ON MONDAYS. I AM SPECIAL”… 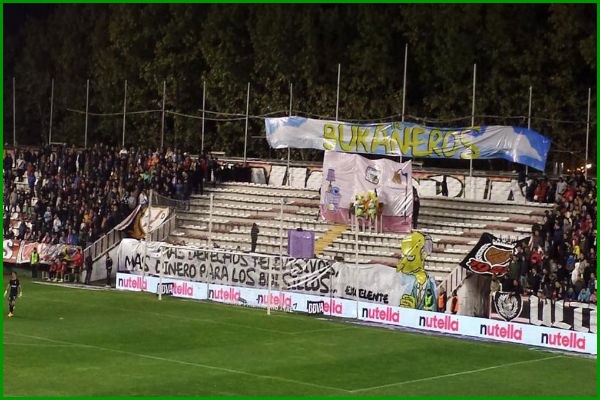 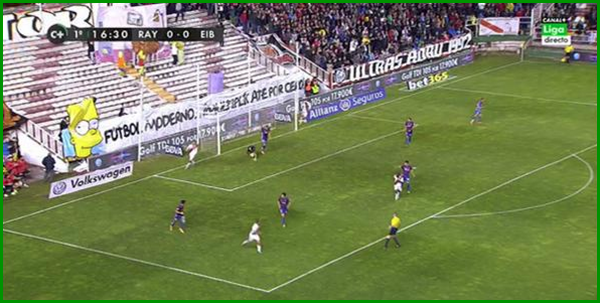 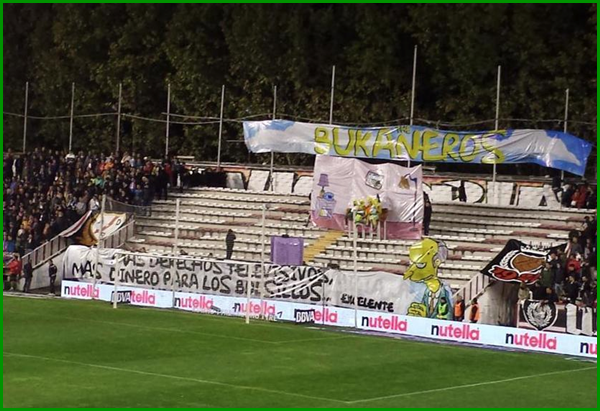 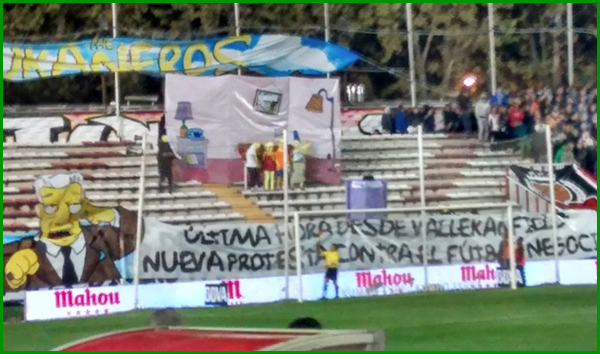 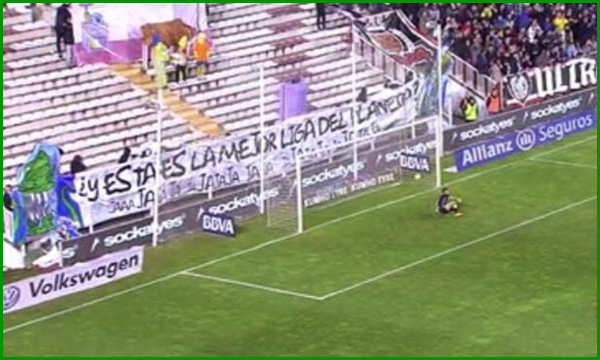 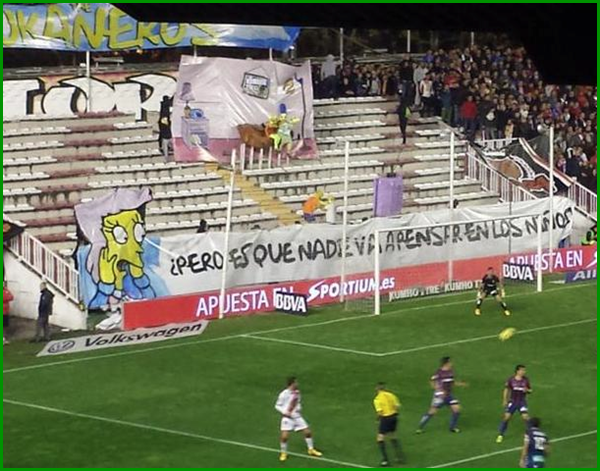 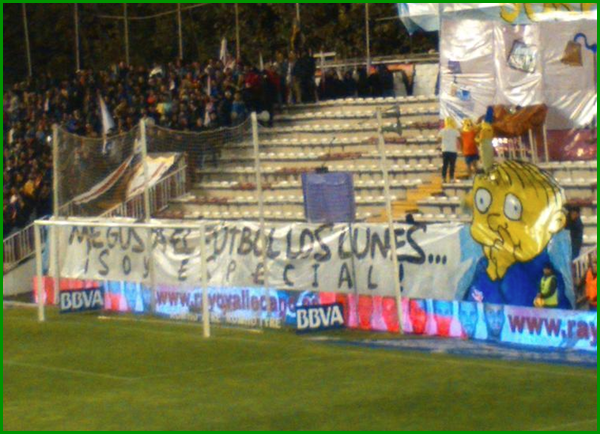 Apparently the Simpsons scene was then dismantled after 24 minutes, at which point the usual crowd began filing into the terraces behind a new banner which stated “NO FOOTBALL ON MONDAYS”.