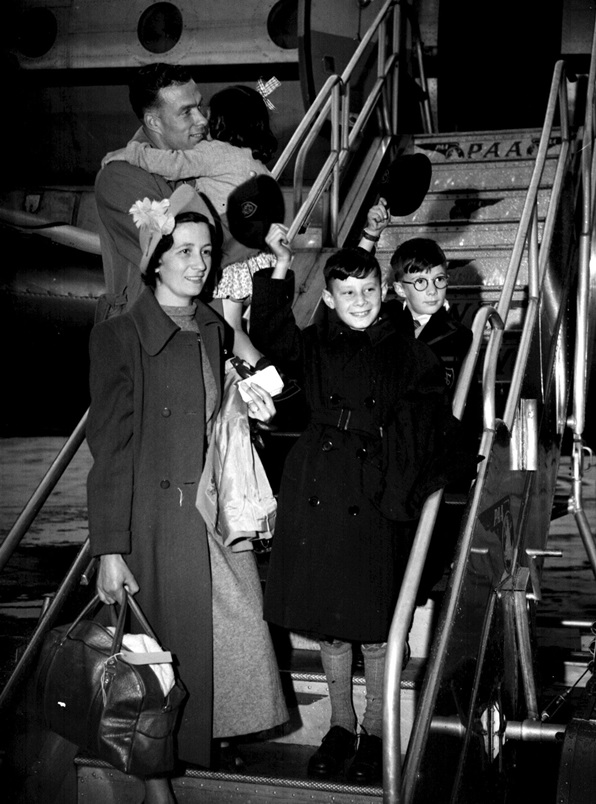 Charlie Mitten, along with his wife and children, board a Pan-Am plane to Colombia ahead of the former Manchester United player joining Santa Fe.

Mitten was tired of the maximum wage impeding his earnings in England and moved to Colombia after having his head turned during United’s tour of the Americas in 1950 – a mercenary move which earned him the nickname “The Bogota Bandit” back in Britain.

Returning after a single lucrative year with Santa Fe, the FA duly blacklisted Mitten, who was fined and forced to observe a six-month ban before joining Fulham.

Arguably Britain’s most successful footballing export, Wales international John Charles joined Juventus for £65,000 in 1957 – going on to win three Scudetti with the Italian giants in 1958, ’60 and ’61.

“The Gentle Giant” is seen here training with new teammate, Enrique Omar Sivori, in a decidedly nippy-looking Turin several months after his arrival.

Jimmy Greaves holds up an AC Milan pennant on a whistle-stop tour of the city shortly before his transfer to the Rossoneri, May 1961.

Kevin Keegan pictured on the very day he signed for Hamburg, June 1977.

Laurie Cunningham, looking sharp as the proverbial in his Real Madrid kit, 1979.

This way for more of the same.

Luther Blissett zips around the Arco Della Pace in Milan on his new Lambretta shortly after signing for AC Milan, July 1983.

Graeme Souness welcomes us to his new house in Genoa following his transfer to Sampdoria, July 1984.

…as for Souness and Francis, it obviously didn’t take long for them to acclimatise to the local way of life.

Barcelona signing Mark Hughes catches his breath after climbing to the very summit of the Camp Nou following his arrival in August 1986.

Ian Rush poses in his new work uniform on his front lawn in North Wales after sealing a move to Juventus, July 1987.

Chris Waddle struggles to contain himself after moving to Marseille, July 1989.

Lazio’s latest acquisition, Paul Gascoigne, takes in some culture at the Colosseum on his first visit to Rome after signing from Tottenham, August 1991. 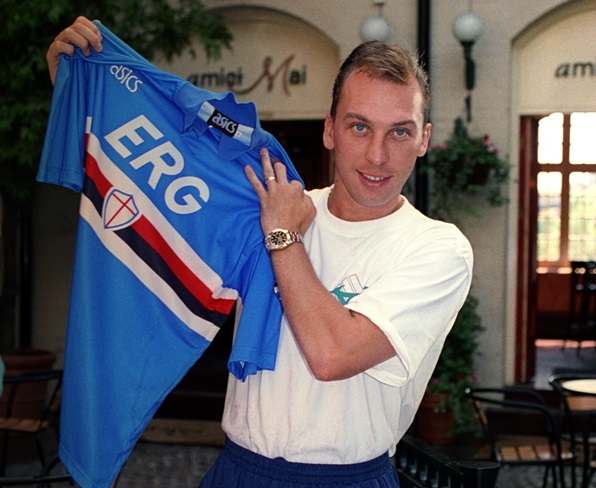 David Platt does the whole “shirt aloft” thing after signing for Sampdoria in 1993.

Not vintage as such, but we’ve chucked this one in because sometimes we struggle to believe it actually happened.