It was most pleasing to see a healthy smattering of tin-foil FA Cups in the terraces this past third round weekend, proving that the FA Cup as a footballing folklore institution is not quite dead on its feet yet. 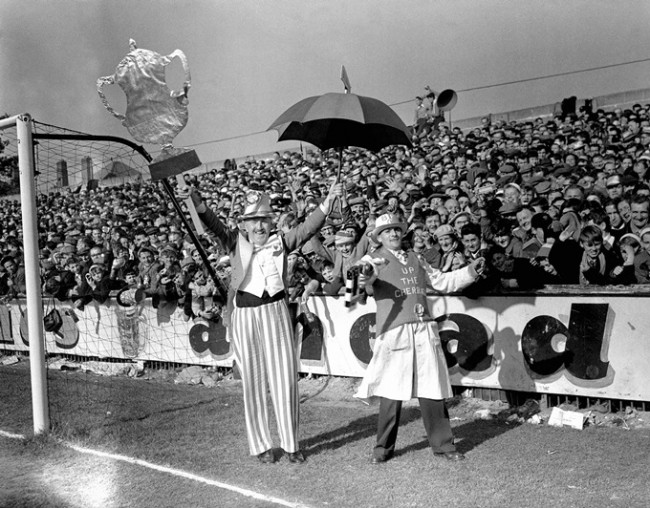 The sixth round tie between Bournemouth & Boscombe Athletic and Manchester United in March 1957, in case you were wondering! 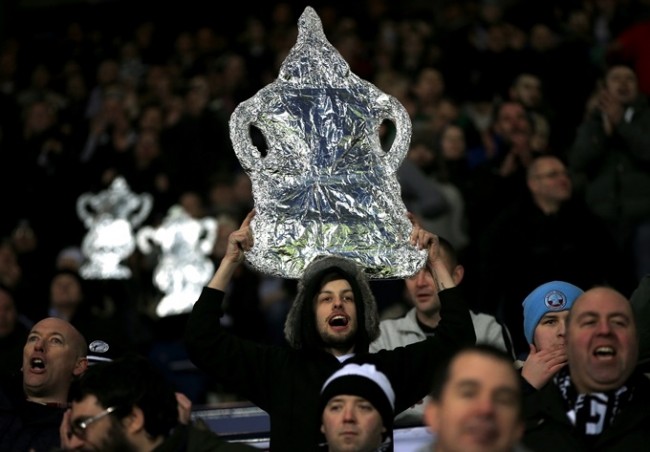 3 for the price of 1: Gateshead fans hold their tin foil replicas aloft during this weekend’s third round match against West Brom 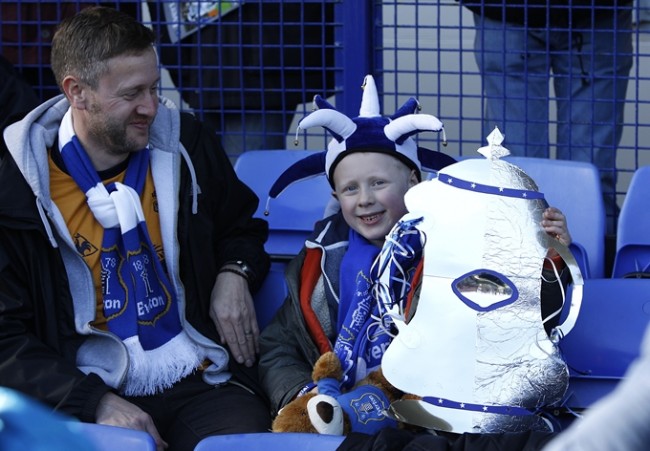 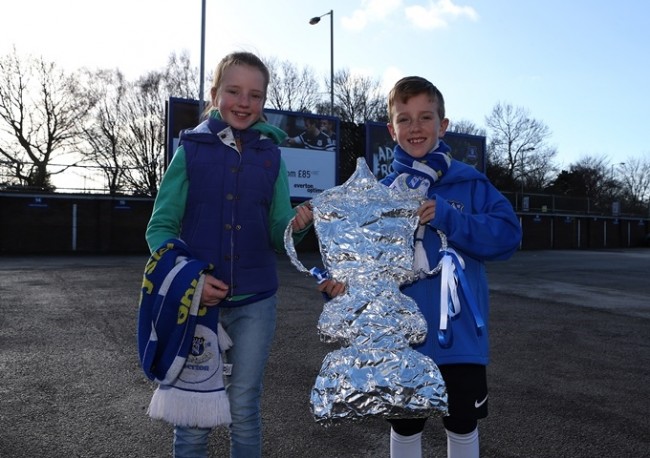 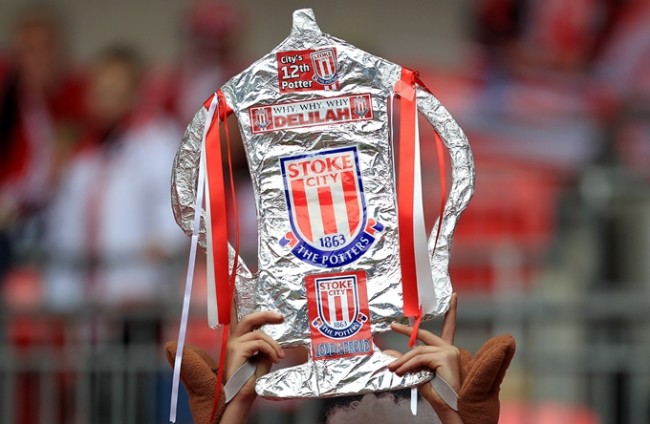 A Stoke City fan holds their magnificent effort aloft at Wembley, May 2011

3D sculpting is a rarity within the genre and, as such, should definitely be commended 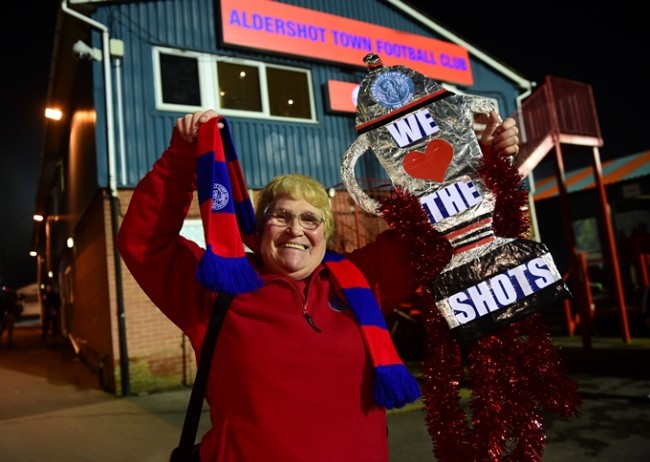 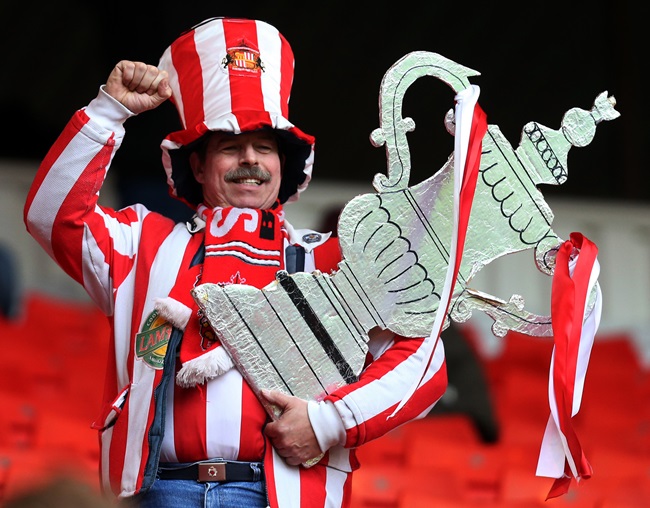 Sunderland supporter George makes his way to his seat clutching his impressively detailed FA Cup effigy for the fourth round tie against Kidderminster Harriers, 2014 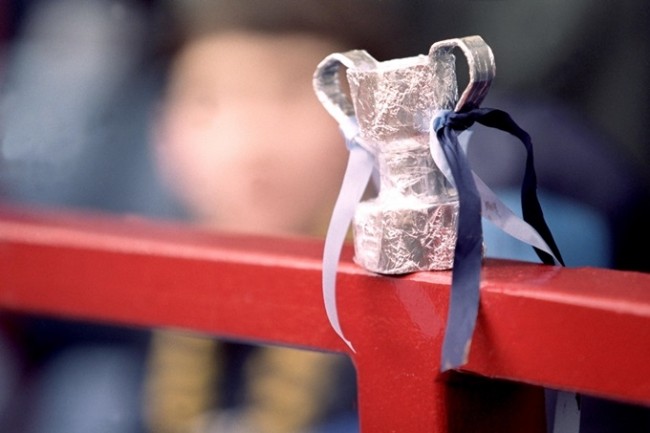 A mini replica sits festooned in Wycombe Wanderers colours during a game against Liverpool, 2001

A Leicester fan thrusts his loving creation into the air during the fourth round tie against Huddersfield, 2013 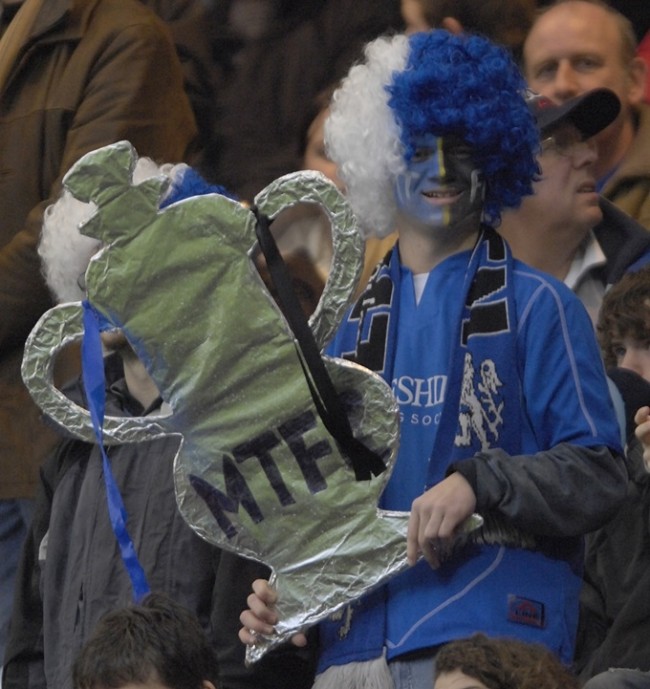 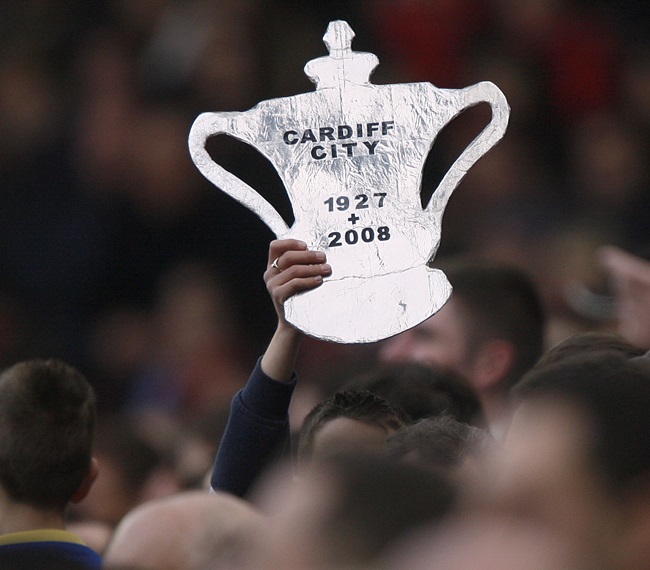 Basic but elegant: A Cardiff City fan holds up their cardboard FA Cup in the stands at Middlesbrough’s Riverside Stadium, 2008

Tamworth supporters sheepishly display their tin-foil handiwork during the third round game against Everton, 2012 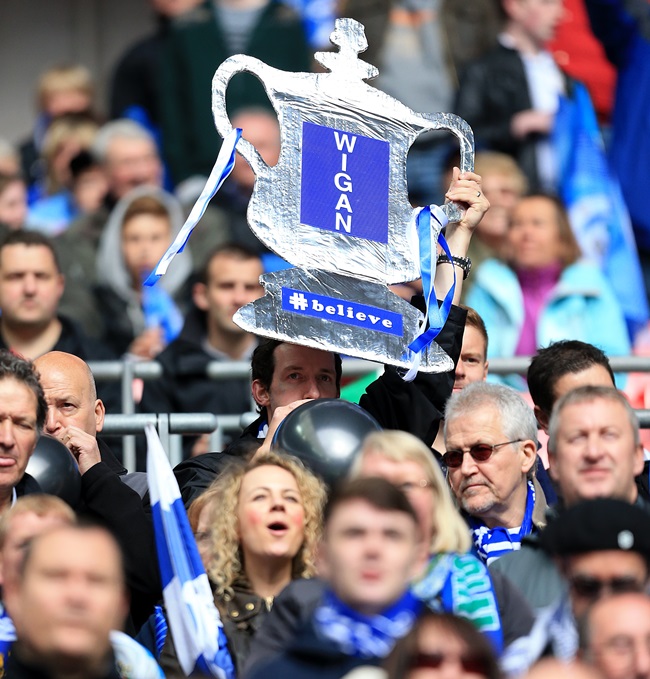 Proper whopper: A Wigan fan holds their FA Cup aloft in stands at Wembley during the 2013 final against Man City

This creative Watford fan cleverly affixed his trophy to a stick for maximum arm-waving leverage, 2013 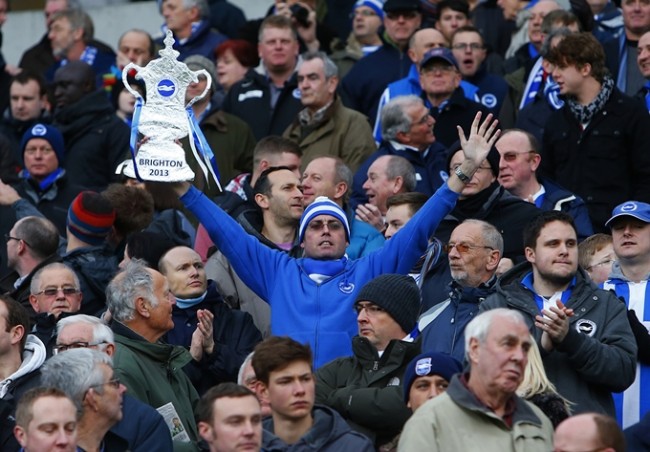 Perfect silhouette: Cracking effort from a Brighton fan for the Seagulls’ fourth round tie against Arsenal, 2013

Textbook “bigger than the person holding it” effort from this young Wigan fan, 2013 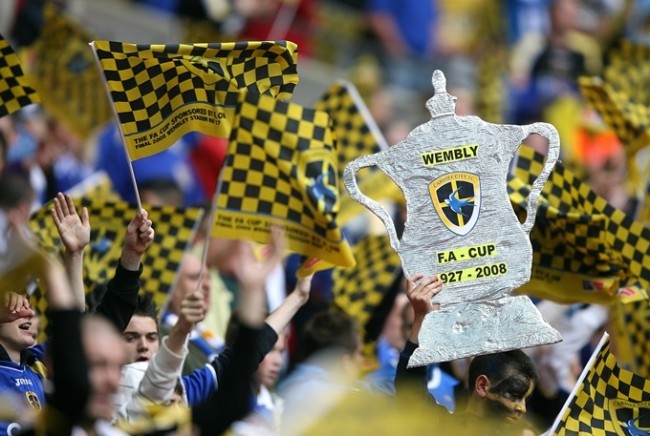 The spelling’s close, but not quite close enough!