After snaffling their fourth Russian Premier League title last weekend, Zenit St Petersburg celebrated by having Andre Villas-Boas, Andrey Arshavin, Javi Garcia and the rest of the chaps pose for a special team photo to mark the grand occasion.

As posted on Twitter by midfielder Axel Witsel, the shot sees the Zenit boys dressed up as 19th century Russian tzars/generals.

That is to say, one lucky costume shop in Saint Petersburg was hit hard for their entire stock of Hussar jackets, breaches, pantaloons and shiny buckle-up shoes… 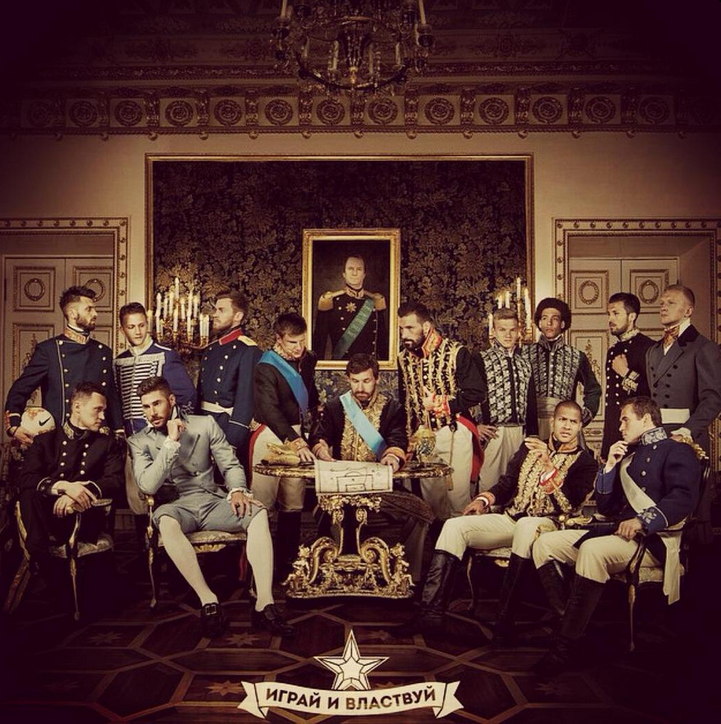 Strong. Look at wee Andrey there, looking like the Imperial Army’s answer to Little Lord Fauntleroy.

Of course, all team photos are now left vying for the title of ‘second best ever’ after Derry City posted their 2014 FAI Cup Final offering last year – thus securing the top spot for all eternity…

In case you were wondering, the bench collapsed.