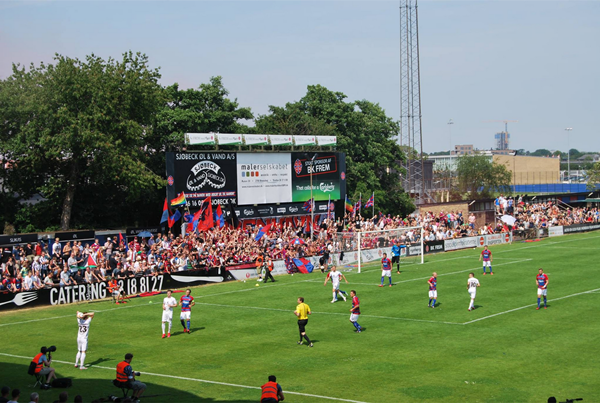 As part of their respective pre-season campaigns, German second tier side FC St. Pauli travelled to Denmark to square off against third division BK Frem on Sunday for a friendly.

Both clubs are well known for their socialist, inclusive philosophies and have struck up a mutual admiration over the past few years. As such, the two teams decided to make a bit of a day of it.

The game began as a proposed cultural exchange/piss-up between the supporters’ groups of each club, with fans of both St. Pauli and BK Frem clubbing together to crowd-fund the €25,000 required to get the friendly fixture staged in Copenhagen.

However, the night before the game a group of hoodlums, obviously less than enamoured with the visit of the left-leaning German club, attempted to derail the match by breaking into the Valby Idraetspark stadium and vandalising it.

As well as spray-painting Nazi slogans all over the place, the sly little gits also took the time to sprinkle hundreds of screws, nails and various other sharp and potentially dangerous little objects all over the pitch.

After it quickly became apparent that the pitch unplayable, fans of both clubs were forced to team up and traipse around the entire pitch before kick-off, scouring the playing surface for the screws, etc, and picking them all up one by one before the game could begin… 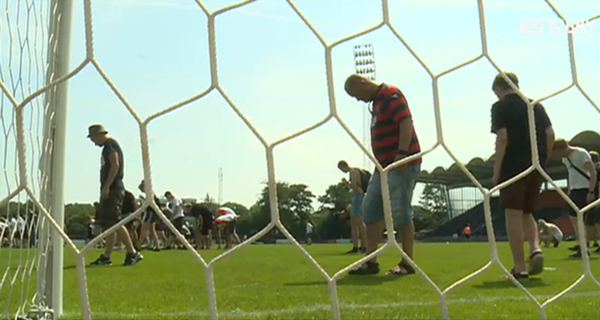 “Both fan groups adjusted the pitch before kick-off together, so that the game could take place without any problems”, St. Pauli wrote on their Facebook page, posting a photograph of just a few of the sharp booby-traps that had been left on the pitch… 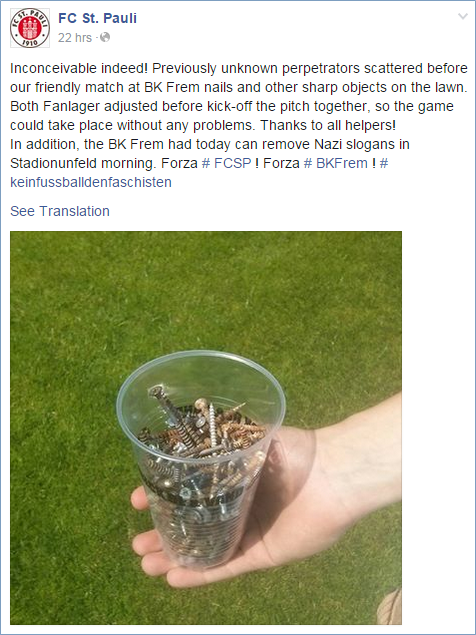 Anyway, you’ll no doubt be glad to learn that the fans refused to let sheer petty idiocy ruin their excursion, with the two clubs going on to play out a thoroughly spirited encounter in front of over 5,500 fans which St. Pauli went on to win 3-2.

Don’t let the bastards grind you down and all that.

(Photos: FC St Pauli/Facebook. Many thanks to Pies fan Miguel Martinez for the nudge!)