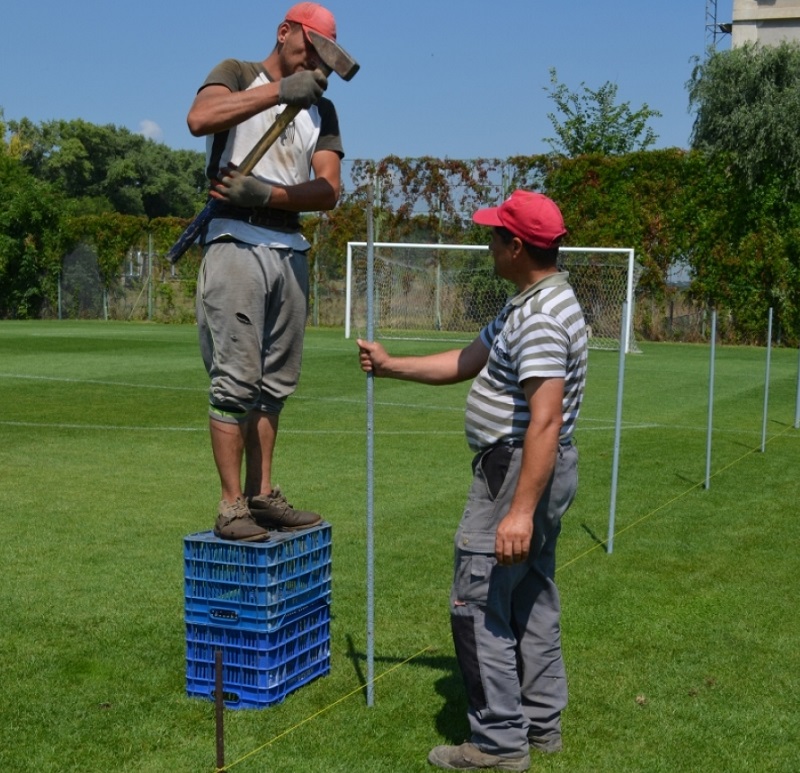 “Hi ho, hi ho, it’s off to completely screw up a football pitch we go”

Over in Romania, the Otelul Galati players that turned up for training at the crack of 10 o’clock this morning were greeted by a surprise new addition to their Zoltan David training complex – a big bloody fence plonked right down the middle of the main pitch.

Allow us to fill you in.

Local resident Cristina Valmas claims that she owns almost a quarter of the land that Otelul used to build their training pitch on and what’s more that she was not asked for permission before the club decided to redevelop the land in 2011.

With the two parties currently slugging it out in court over the dispute, Valmas decided to strike a blow for the little (wo)man and exercise her land-owner’s right to define her property this morning by turning up with a group of workmen who duly set about fencing off her portion of the field. 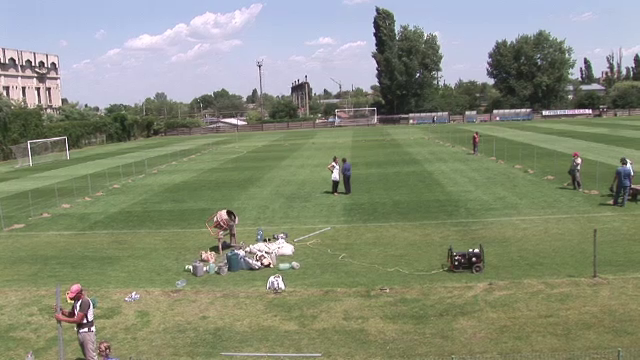 This, inevitably, involved erecting a fence right down the middle of one of the training pitches – a fence that went up while the baffled Otelul players were busy doing laps… 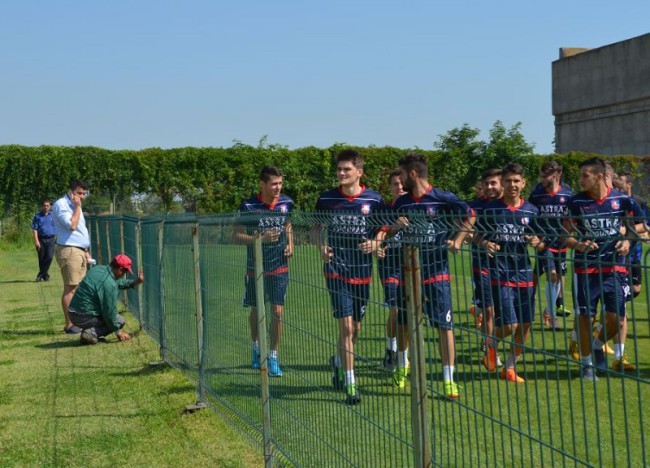 According to Sport, Cristina called the shots while the “workers poured concrete” all over the place and pretty much “destroyed nearly a quarter of the playing surface”… 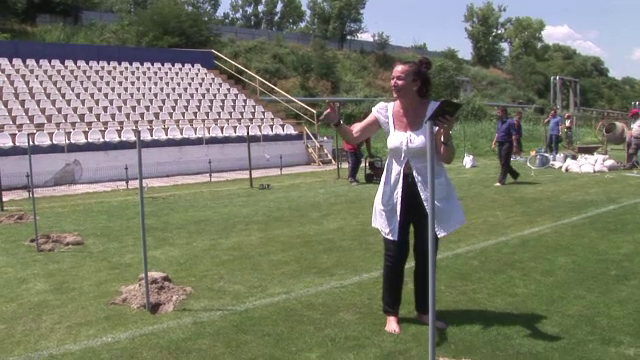 It’s largely unclear what the upshot of all this hoo-ha is going to be, other than Otelul struggling to put their right-back through his paces in the coming weeks.

What a bloomin’ palaver.