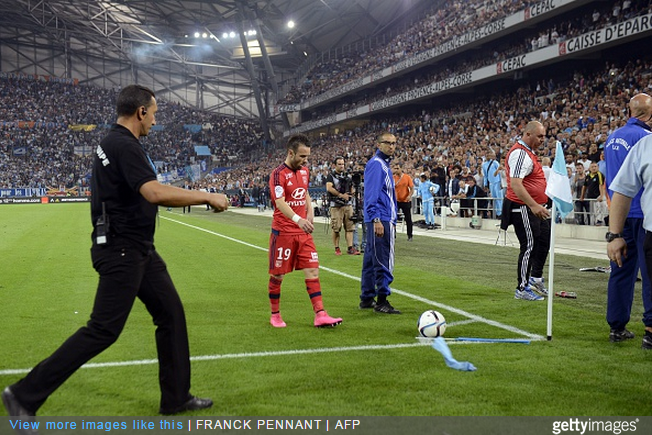 Mathieu Valbuena endured a rough old night in Ligue 1 last night on his first return to his former side Marseille since signing for rivals Lyon over the summer.

The titchy midfielder became a firm fan favourite at Marseille during his eight-year stint at the club before upping sticks in favour of a lucrative move to Dynamo Moscow in 2014.

Indeed, Marseille duly retired Valbuena’s No.28 shirt number as a mark of just how highly regarded he was at the club.

However, after just one season in Russia, the French international moved back to Ligue 1 with Lyon in August – Sunday’s clash at the Stade Velodrome being Valbuena’s first time back on Marseillais soil since ditching them the previous year.

As such, Valbuena was greeted with nothing but hostility, with the Marseille ultras welcoming him out onto the pitch with a large banner that read “True Marseillais only play for OM, you are nothing but a traitor.” 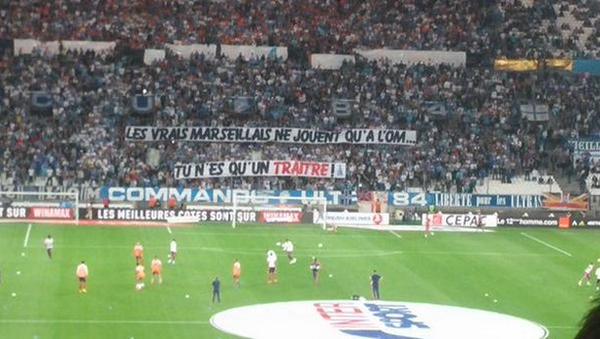 Oh, and they also hanged a blood-splattered effigy of him from the rafters… 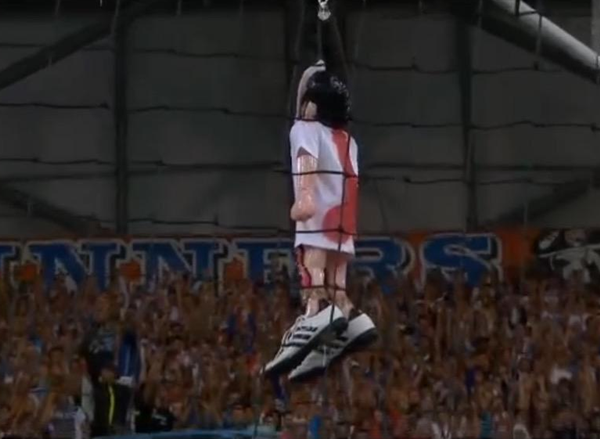 While the garrotting is a little OTT, we’ll definitely give them kudos for getting Valbuena’s bodily proportions spot on there.