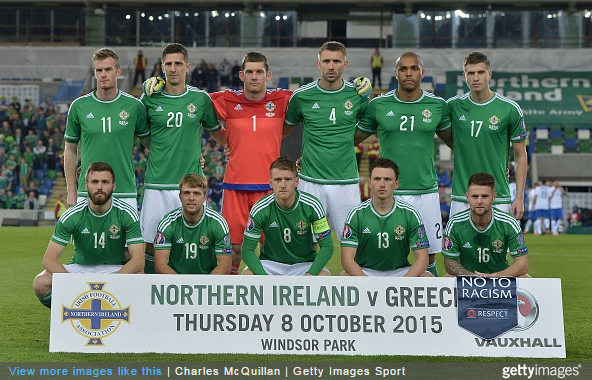 Last night, the Northern Ireland vintage of 2015 achieved the improbable by securing themselves a berth at Euro 2016 with a comprehensive 3-1 victory over Greece at Windsor Park.

Before then, it’d been nigh-on three decades since the Northern Ireland national side had last appeared at a big tournament – namely, the 1986 World Cup in Mexico.

Thanks to Panini sticker album records, we can see just how the brave Norn Iron lads shaped up the last time they graced the major international stage… 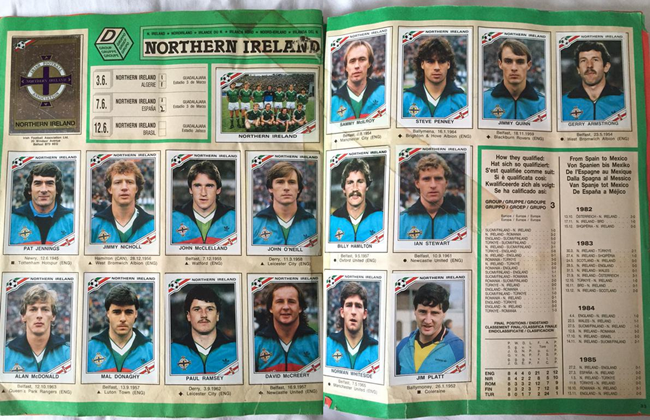 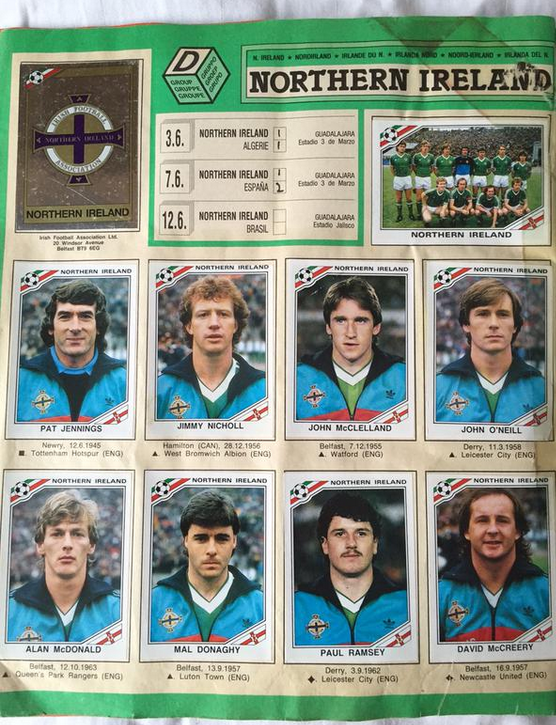 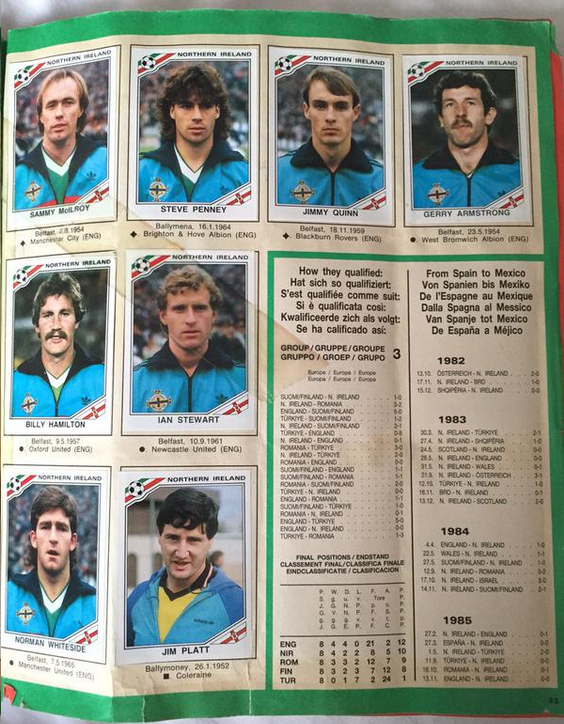 Handsome brutes, the lot of ’em. Turns out iffy moustaches were big in ’86.

As for the World Cup itself, alas there was to be no repeat of 1982’s heroics. Northern Ireland drew their opening group game 1-1 with Algeria before losing the subsequent two against Spain and Brazil, thus toppling out of the competition at the first hurdle.

Still, the Brazil game turned out to be something of a classic – and that Josimar goal? Fuggedaboutit.