In tribute to the fine veil of mist that is currently bringing Britain to a stand-still, here’s 10 fabulous vintage photos freshly plucked from the archives of footballers bravely soldiering on through the fog… 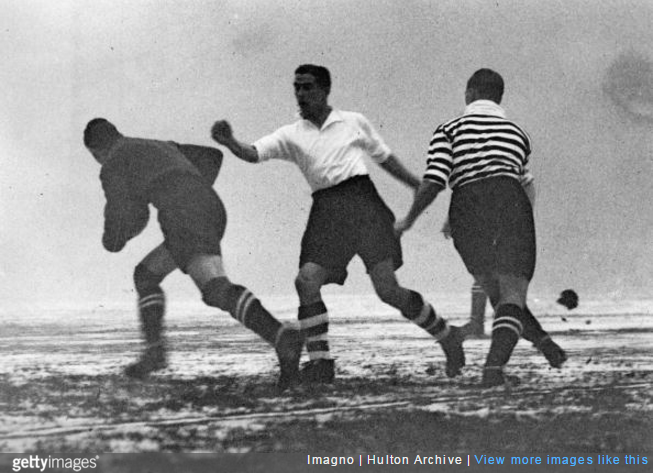 Arsenal take on ‘a team from Manchester’ on a chilly day in the depths of January, 1937 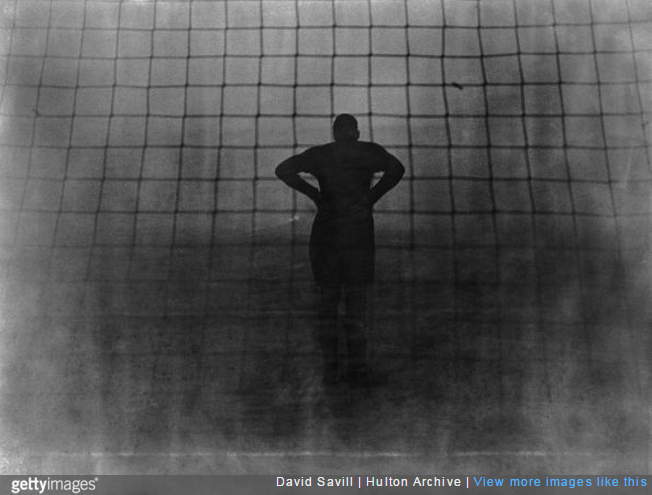 Millwall ‘keeper Harold Pearson peers into the fog during a semi-final of the London Challenge Cup against Arsenal at the Den, 1937 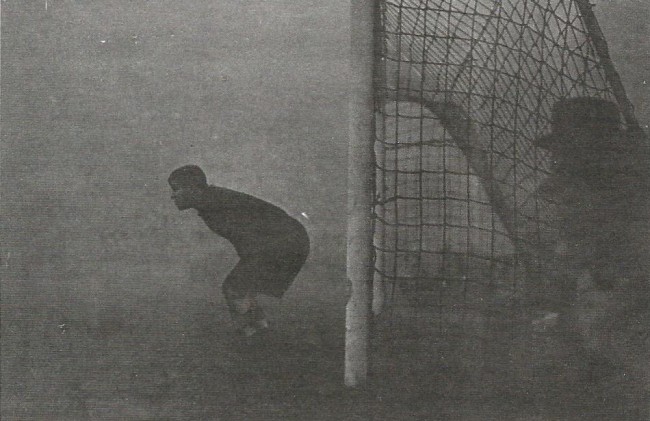 The match between Tottenham and Dynamo Moscow slowly succumbs to a thick pea-souper, 1945 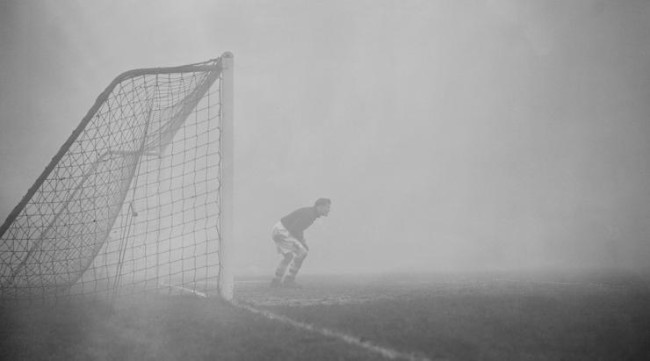 Charlton ‘keeper Sam Bartram struggles to make out the action during a game against Chelsea on Christmas Day, 1937. The game was actually abandoned with 15 minutes to play, though Bartram played on alone for several minutes thereafter as he failed to notice his teammates exit the pitch (Via FFT) 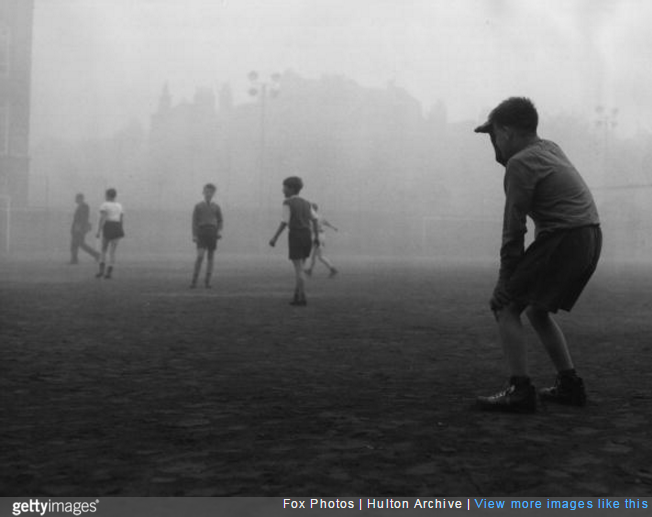 A group of young lads struggle to keep track of the ball while playing on a fog-bound park, 1962 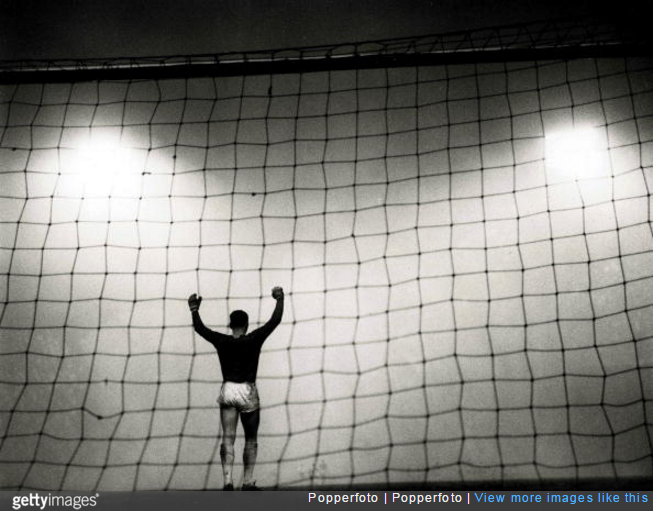 All hail the Mothership! Manchester United ‘keeper Dave Gaskell celebrates the winning goal being scored (after checking with his defenders for confirmation!) at the other end in a 2-1 win over Bolton in the FA Cup third round, 1962 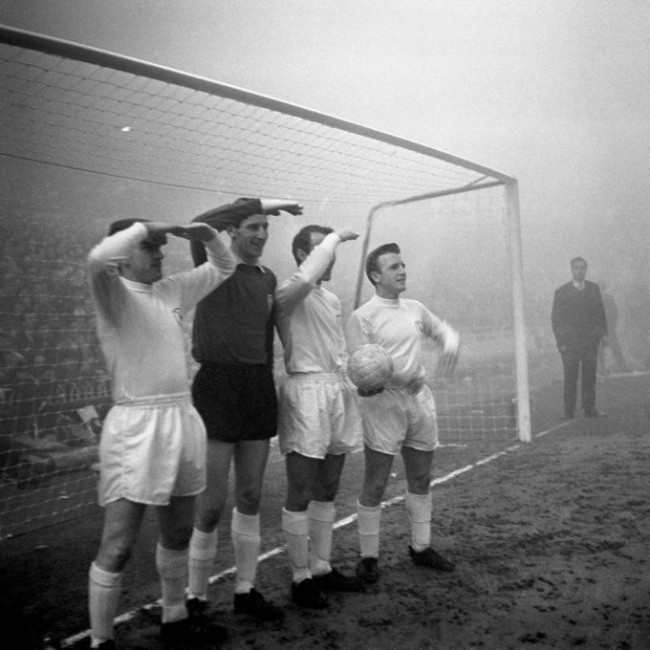 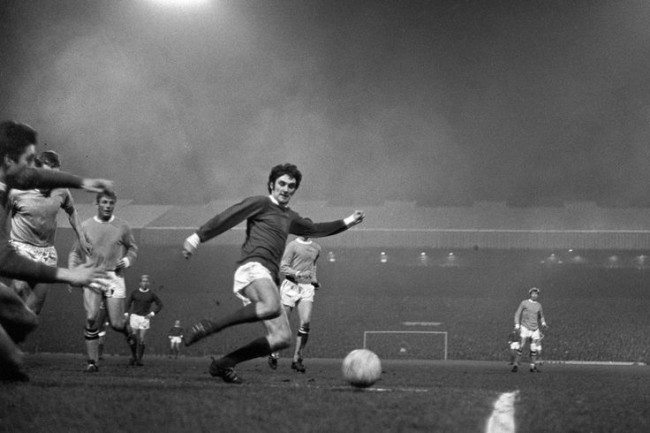 George Best jinks his way through the heavy mist, 1966 (Via Pinterest) 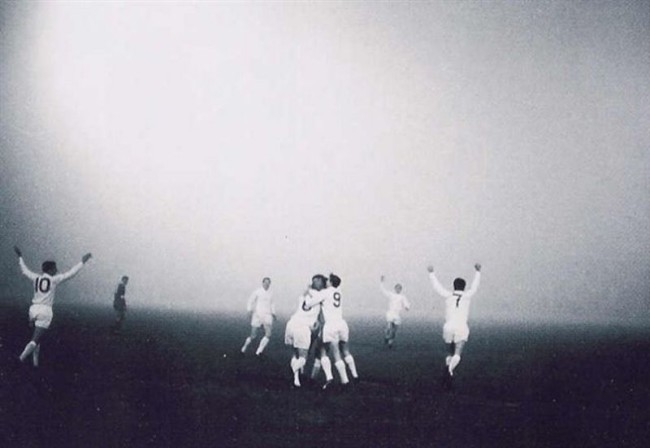 Ajax celebrate scoring against Liverpool in the famous ‘fog match’ of 1966. A thick blanket of fog enveloped Amsterdam shortly before the European Cup fixture between the two sides. (Photo via IBWM) 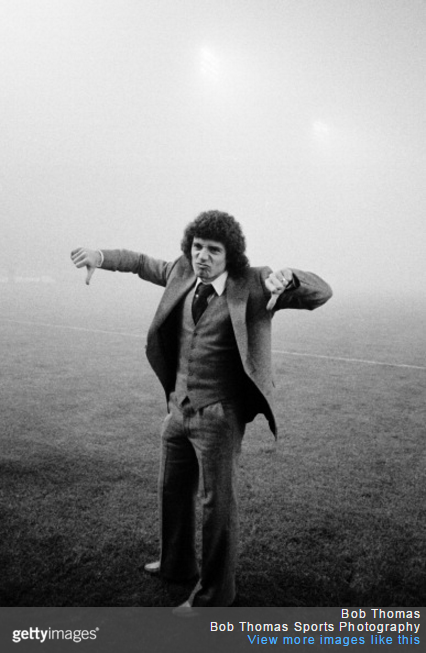 Kevin Keegan delivers his verdict as England’s European Championship qualifier against Bulgaria is called off due to heavy fog at Wembley, 1979. The match was rescheduled for the following day and England won 2-0.