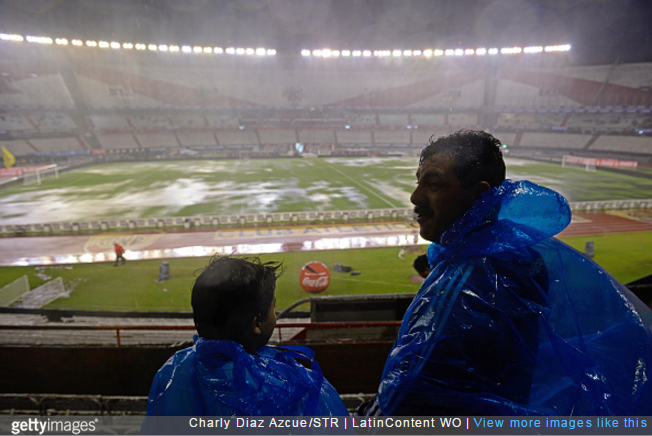 Last night’s 2018 World Cup qualifier between Argentina in Brazil had to be called off less than an hour before kick-off after Buenos Aires was engulfed in a torrential rainstorm – and it’s not hard to see why looking at the photos.

The pitch became increasingly waterlogged as the flood water rose to shin height outside El Monumental stadium, leaving thousands of fans stuck in traffic and/or unable to reach the turnstiles.

As such, the decision was made to postpone the match and have another stab at it on Friday evening.

Here’s the decidedly damp photos. You might want to slip into something a little more waterproof..

Yeah, we reckon they might have made the right call there.