Here’s a cracking little curio from the archives concerning Dave ‘Harry’ Bassett (a Proper Football Man™ if ever there were) and the “monstrous” tactics he employed to get results while in charge at Sheffield United in the mid-1990s.

The yarn starts with a particularly sour article published in the Liverpool Echo on 8th March, 1995 – a match report to be precise – following the Blades’ 2-0 win over Tranmere at Bramall Lane in the old First Division.

Here’s how the report originally appeared… 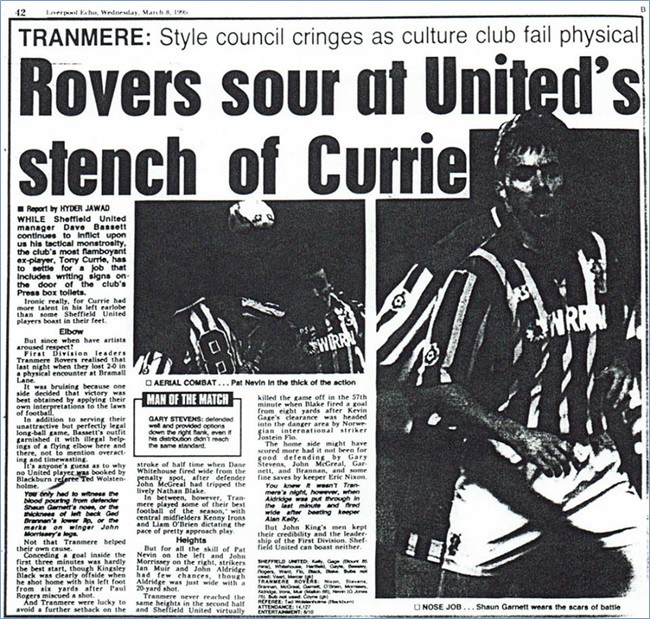 Echo reporter Hyder Jawad goes in hard on Bassett and his players, complaining that Tranmere were subjected to a “bruising” and “unattractive” battery after describing United’s long-ball approach as a “tactical monstrosity”.

He further accused Bassett’s side of “applying their own interpretation of the laws of football” with their relentless “over-acting and time-wasting”.

It’s strong stuff. However, what really stuck in Harry’s craw was Jawad’s assertion in the opening paragraph that Blades legend Tony Currie had been fobbed off with a “menial job” at Bramall Lane in return for his years of loyal service – with his lowly duties including writing signs for the toilet doors and such. 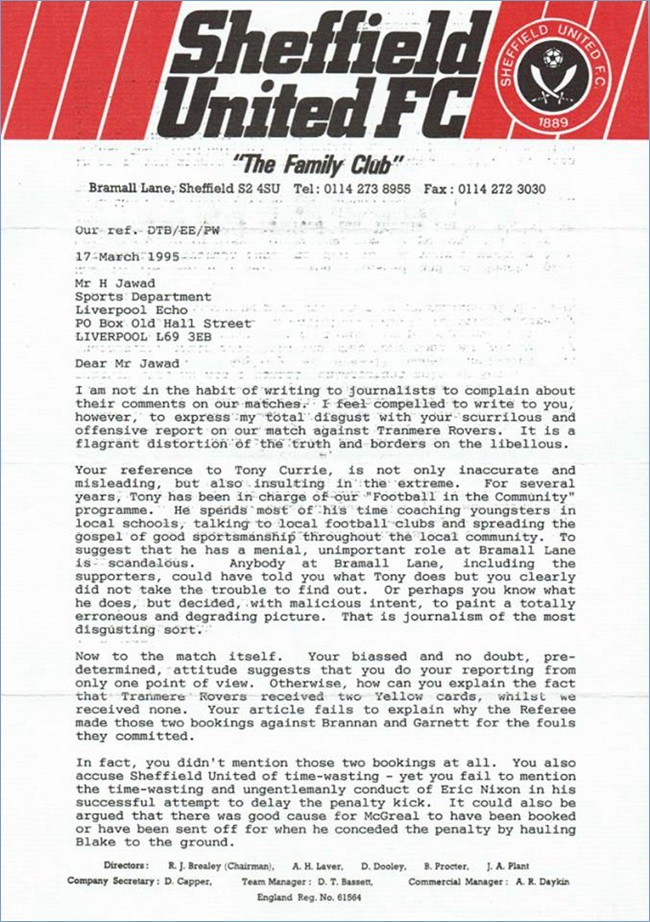 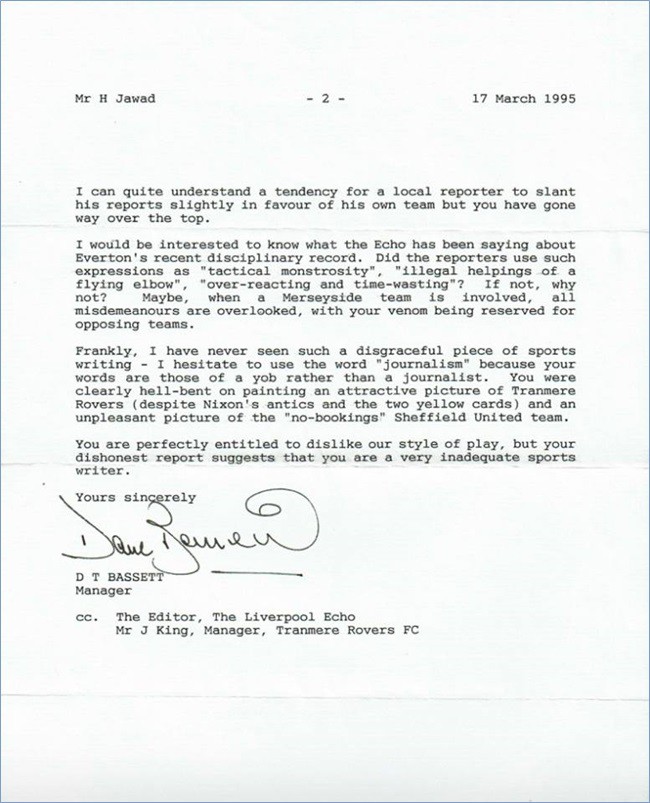