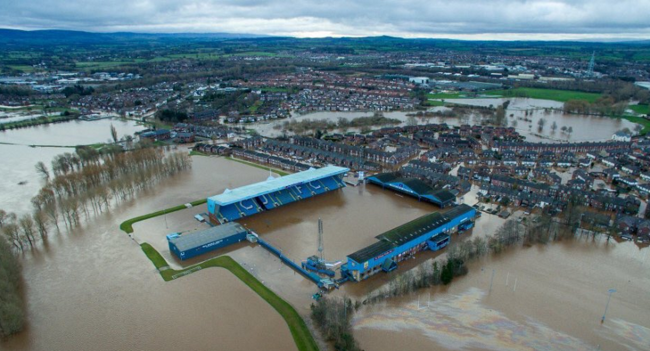 Having been hit by devastating floods brought on by Storm Desmond over the course of the past week or so, Carlisle is now just beginning to piece itself back together in a town-wide clean-up operation.

When the town flooded, Carlisle United saw their Brunton Park home ground turned into a giant open-air lido for the second time in a month as the entire stadium was submerged once again.

Groundstaff are now working hard to repair the damage caused by the torrential rain storms, with head groundsman Dave Mitchell making a bizarre discovery today while attempting to drain the standing water from the pitch.

Rather unbelievably, three Koi carp were found swimming in the submerged goalmouth at the aptly named Waterworks End of the stadium… 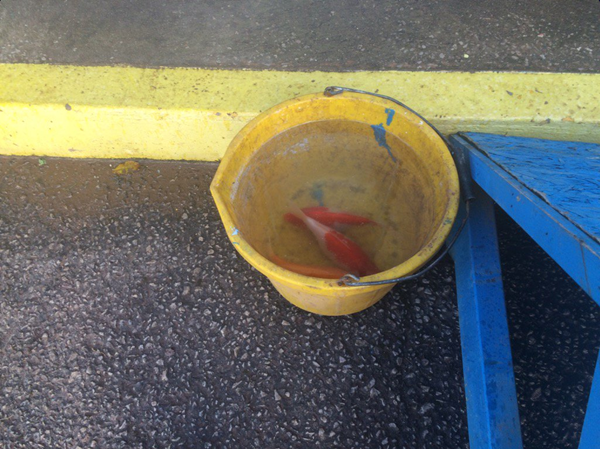 What a truly absurd state of affairs.

Here’s wishing both Carlisle United and the townsfolk in general all the best in their recovery.

The Koi Carp found in Carlisle’s goalmouth have been claimed and rescued by their owner! https://t.co/8TiqKQFofQ pic.twitter.com/shIQhKAMqY