No doubt the Portuguese superstar’s remarks after his side’s draw with Iceland didn’t win him any new friends, but despite all the predictable jeering, the great man was still rather nice to a post-match pitch invader. 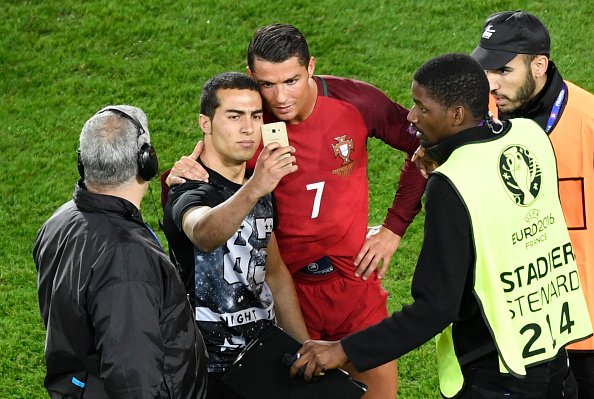 With the referee blowing the final whistle on the stalemate at the Parc des Princes, a pitch invader made a bee-line for Ronaldo in the hope of grabbing a selfie with the Real Madrid attacker.

However, rather than ignore the fan and let security staff eject him, the superstar intervened to let the rather nervy-looking chap take a precious selfie.

The bloke took long enough to take the bloody picture as well, didn’t he!?

Still, a rather decent act by a man so many people (rather lazily) love to hate!