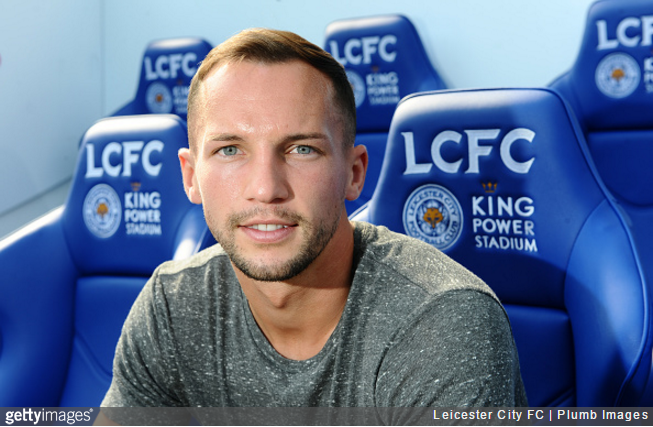 Realising he’s on to a good thing, Danny Drinkwater has signed a whopping new contract at Leicester City that will keep him at the club until 2021.

The title-winning midfielder, 26, has agreed a five-year deal with the Foxes seeing him join the likes of Jamie Vardy, Riyad Mahrez and Kasper Schmeichel in committing his long-term future to the club.

To celebrate his new found prosperity, the man they undoubtedly call Drinks took part in a tasteful little photo shoot that took him all around the King Power stadium.

“Right Danny, let’s kick things off with a bit of ‘ill-prepared for a chilly morning in the East Midlands’…”

“Good, good. Now let’s move on and try some ‘Ray Mears crouching to explain the importance of edible roots to the Aborigines'”…

“Textbook. Right, what we need now is ‘attitude at altitude’. Can you do that for me Danny?”

“Superb, but entirely unrelatable. Sit down and enjoy the game like a common pleb…”

“Never be afraid to explore own animal self, Danny. Become the fox, stalk the vole, vomit behind supermarket bins…”

“Niiiice. Now, how about we end with a bit of “Mahrez is definitely going to see out his new contract”?”

“Magnifique! The man’s a natural. Give him a pay rise!”