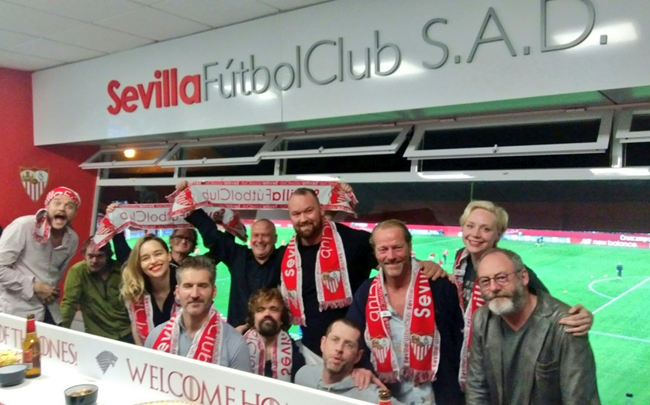 Some bright spark in Sevilla’s hospitality department thought it would be perfectly fine for members of House Stark, Targaryan, Greyjoy, Barathian and Lannister to share a VIP box for last night’s big game against Barcelona.

Thankfully, and more by luck than judgement, the evening came to pass without anybody getting plundered or pillaged as the Game Of Thrones cast (who had spent the day filming just outside Seville) enjoyed ‘guests of honour’ status at the Ramon Sanchez Pizjuan.

The Game of Thrones cast at the Sevilla Football club! pic.twitter.com/XEMjyOwN58

The Game of Thrones cast receiving jerseys after the Sevilla vs Barcelona match last night. pic.twitter.com/A4NzWgjPHR

Unfortunately, it was Barca’s very own king-slayer, Lionel Messi, who stole the show on the night, playing a pivotal role in a 2-1 away win for the Catalan invaders.