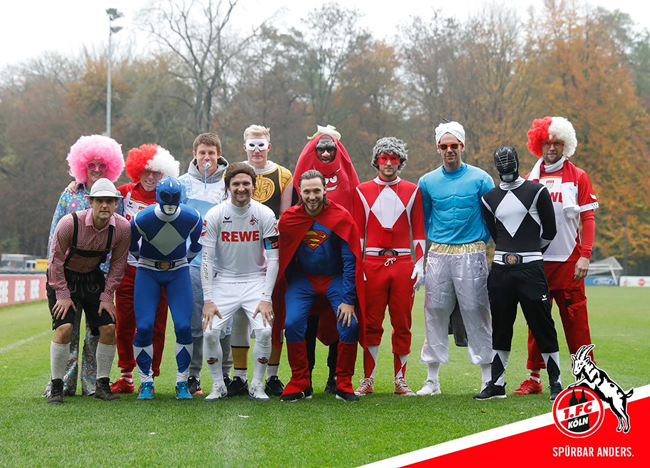 The 11th of November signifies the start of Karneval in the German city of Cologne, thus kicking off a season’s worth of parades, parties and general glad tidings.

As per usual, FC Koln took the opportunity to celebrate, turning their training session into a ‘Champions League morning’ which largely entailed mucking around with a miniature replica of the trophy, drinking hot coffee on the job and dressing up like Power Rangers.

According to the official website, Koln even emerged out onto the training paddock with the Champions League anthem blaring out over the loudspeakers…

The #effzeh #Karneval training is in full swing 😜🎉🔴⚪️🎭 pic.twitter.com/5UgyQWpyyD

#effzeh Captain Matze #Lehmann is awarded with the #ChampionsLeague 🏆 trophy. What a historic moment! 😜 #Karneval pic.twitter.com/rV3eVrYgev

Peter #Stöger wins the award for Football Quote of the Year: “I offered the linesman my glasses, but he did not see that either.”#effzeh pic.twitter.com/SqPoqnK8bV

While it certainly looks like fun to be a Koln employee around November time, we can’t help but feel they peaked last year with their special lederhosen-themed kit, which came complete with novelty tassels.