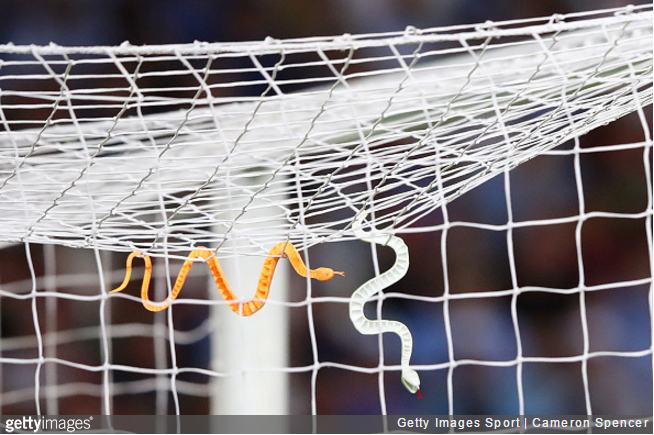 The Sydney derby took place in the A-League overnight and eventually wound up goalless, though the evening didn’t pass entirely without incident.

Indeed, Sydney FC fans took it upon themselves to bombard Western Sydney Wanderers’ goalkeeper Vedran Janjetovic with rubber snakes, which landed draped on the roof of his net.

You see, Janjetovic had previously played for Sydney FC but left to join the Wanderers in fractious circumstances just a few short weeks ago after losing his No.1 status.

Thus rendering him history’s greatest and most diabolical turncoat, of course.