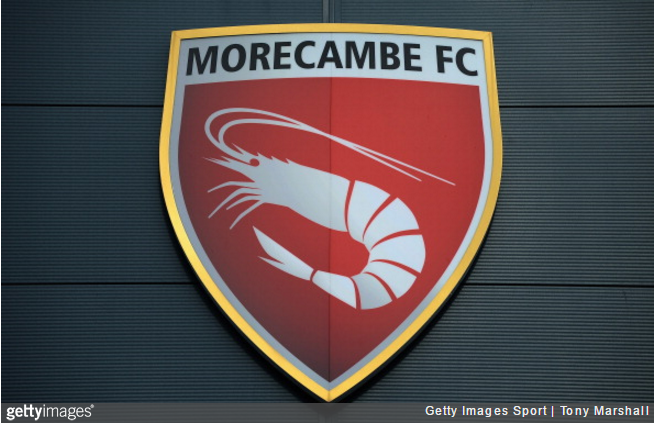 Mired in the middle of a protracted and increasingly exasperating takeover, Morecambe FC’s players and staff have found themselves working unpaid on more than one occasion over the last few months.

And so, with the club’s plight at the forefront, the Shrimpers entourage happened across an aptly named pub on the way to Tuesday night’s League Two game against Leyton Orient and stopped outside for a pithy team photo…

Little pit stop on the way to @leytonorientfc #pubcrawl pic.twitter.com/Pu4XwdWW5i

The major sticking point with the ongoing takeover wranglings is that nobody can seem to agree on who actually owns the club.

As for the employees, Morecambe boss Jim Bentley discussed the current state of play with Sky Sports News recently:

We are one of the smaller clubs in the division, most of our lads will be hands in their mouths at the end of each month, bills coming out.