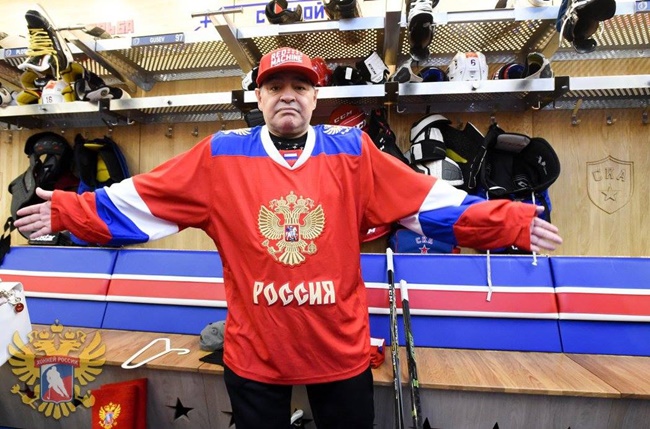 After an invite to Lionel Messi’s wedding proved not to be forthcoming, Diego Maradona instead spent his weekend as a guest of the Russian national ice hockey team in St Petersburg.

In town for the Confederations Cup Final, Maradona geared up (not like that) for the match by taking a tour of the new SKA St Petersburg Hockey Town complex.

Despite being a magician with a football, it turns out that Diego Maradona isn’t bad at ice hockey either! Photos: https://t.co/Tye091xYyq pic.twitter.com/R1QFoVQpoD

As well as being presented with his very own oversized hockey jersey, Maradona was also escorted out onto the ice to slap a puck or two around for a while.

Of course, the 56-year-old struggled to master the stick and soon reverted to type… 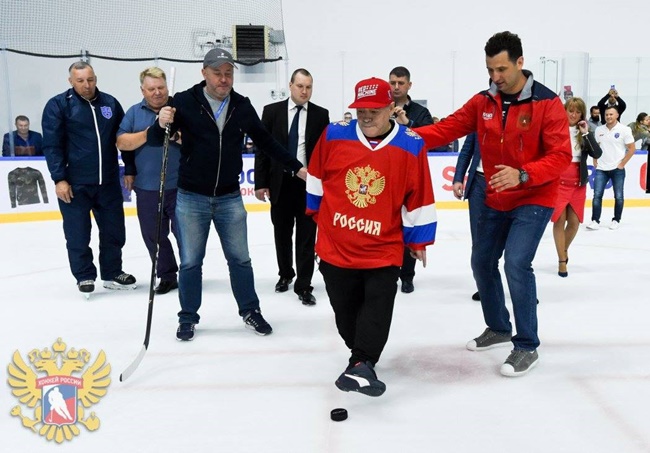 What a strange existence that man leads these days – stuck somewhere in the nether world between roguish rascal, ageing degenerate and corporate shill.