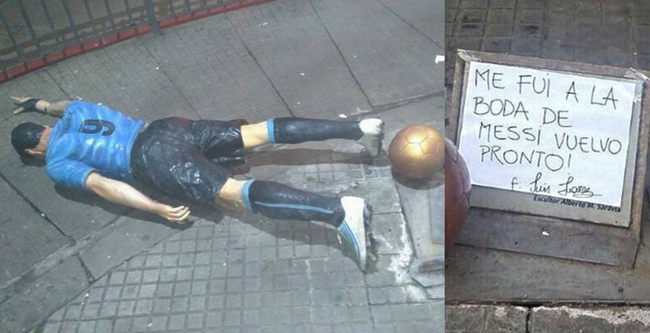 Having previously joined the elite tier of footballers with ill-proportioned statues erected in their honour, Luis Suarez has now gained entry into the even elite-er club of players to have had theirs vandalised.

Just last year, this 5ft 9in papier-mâché colossus appeared on the streets of Suarez’s hometown of Salto in Uruguay… 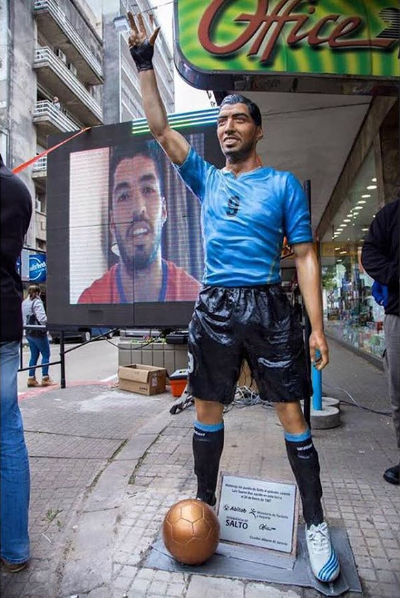 Now, almost exactly one year on, the statue was found poleaxed in the early hours of Sunday morning after a drunken* (*probably) yobbo snapped the sculpture from it’s brass base plate.

The vandal also left a hand-written note that read: “I was at Messi’s wedding, I’ll be back soon”.

The cynics amongst you may suggest that leaving Suarez face down and screaming into the turf is a more accurate encapsulation of his professional career, but that would just be incredibly churlish.