As a doff of the cap, Pies have cobbled together some fantastic archive shots of Bobby in his younger years, including a marvellous photo of the first time he harnessed the power of flight during a game between West Brom and Chelsea in 1957. 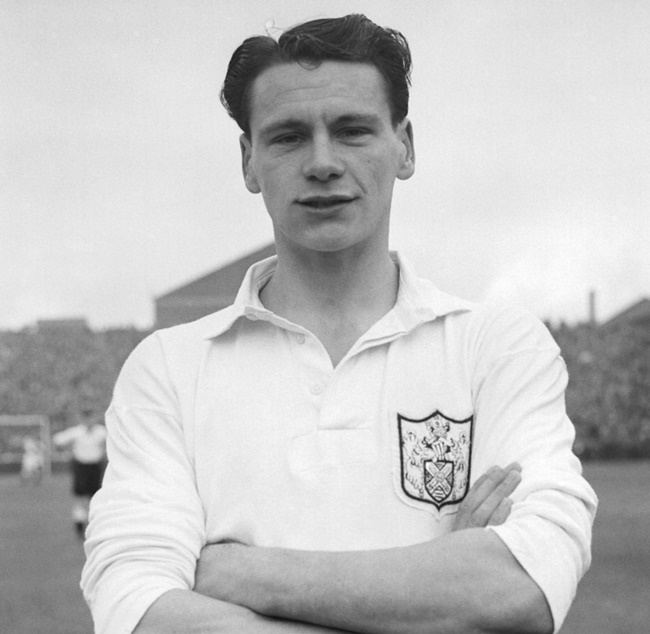 Bobby Robson lines up for Fulham ahead of a Division Two match against Luton, 1952

Bobby Robson scores against Swansea by prodding home from close range, only to see his goal disallowed for offside, 1953 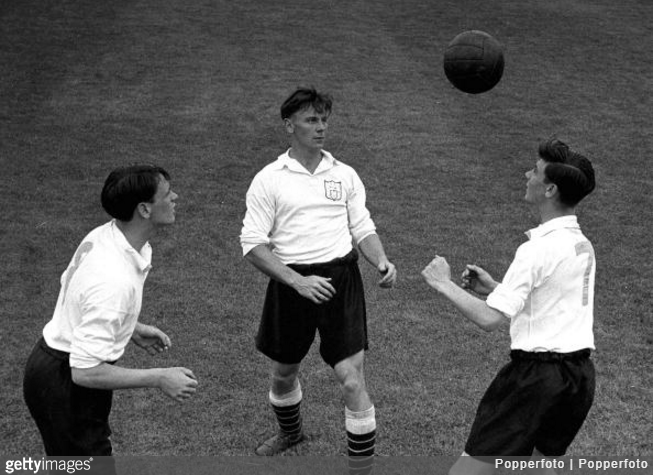 Bobby Robson watches on intently as Johnny Haynes let’s fly with a freekick at Craven Cottage, 1953

The same trio model Fulham’s new kit on the terraces at Craven Cottage, 1953 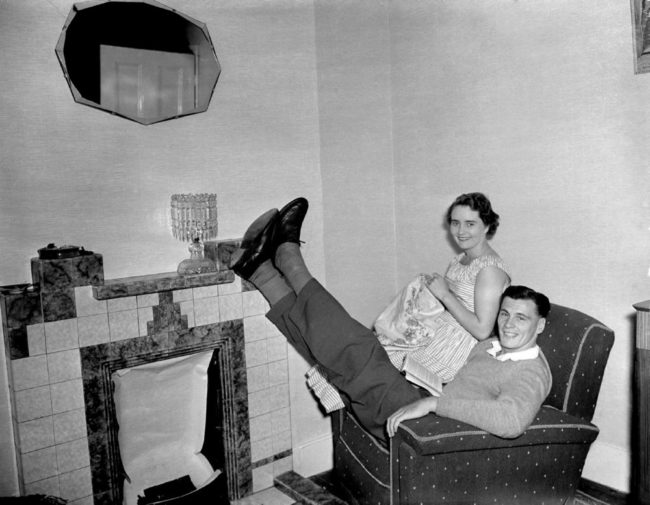 Bobby Robson ‘relaxes’ at home with wife Elsie by putting his feet up on the mantelpiece, 1955

England pair Bobby Robson (right) and Johnny Haynes limber up in Gothenburg, Sweden, ahead of the 1958 World Cup 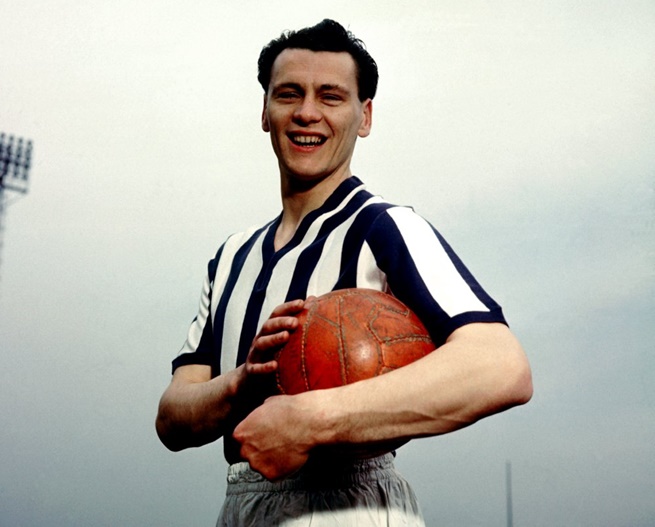 That famous smile: Bobby Robson poses for a pre-season photocall at West Brom, 1960 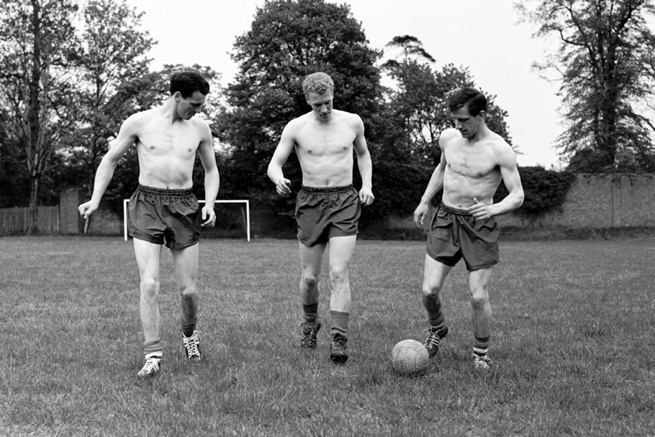 England trio Bobby Robson (left), Ron Flowers and Dennis Viollet go ‘skins’ for a training session at Roehampton Sports Ground ahead of a friendly against Yugoslavia, 1960 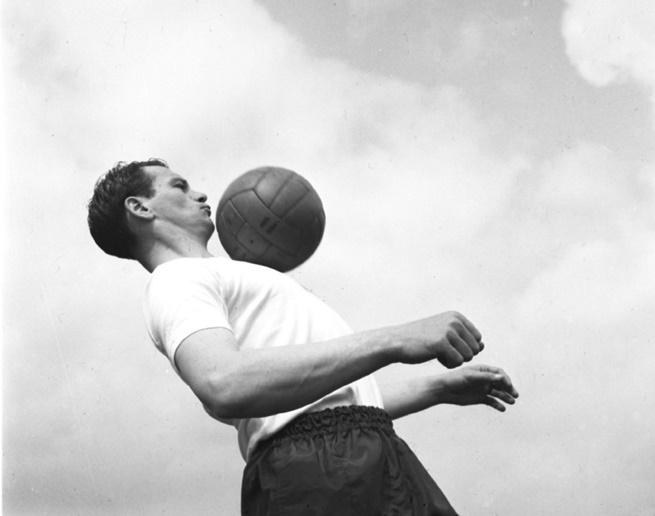 Bobby Robson looks the epitome of poise as he cushions the ball on his chest during an England training session, 1962

Bobby Robson takes on a group of local lads at the Fulham training ground in Surrey, 1966 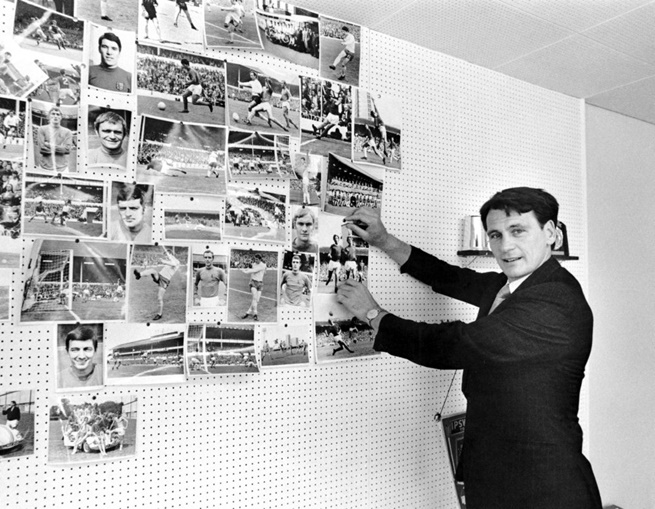 Ipswich manager Bobby Robson gives us a glorious glimpse into how identifying transfer targets used to be done in ye olden days – i.e. with an awful lot of Blu-tack and drawing pins, 1969 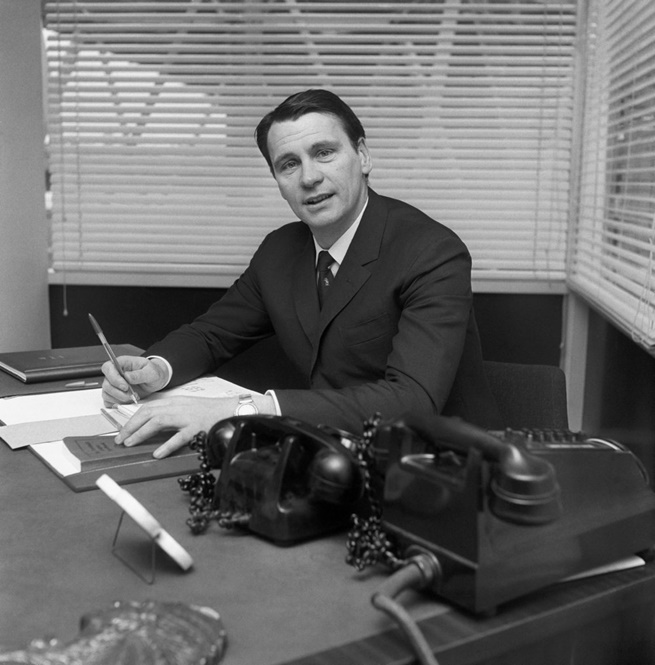 Having fully completed his transition into management, Ipswich boss Bobby Robson gets his affairs in order, 1970