FC Basel have responded in a truly sporting fashion after losing out on the Swiss Super League championship to rivals Young Boys Bern at the weekend.

Young Boys secured their first top flight title since 1986 with a 2-1 victory over Luzern at the Stade de Suisse that prompted wild celebrations among the home fans.

The victory brought an end to the club’s 32-year wait for another league crown.

It also denied Basel what would have been a ninth straight Super League title, ending an unprecedented period of domination for Raphael Wicky’s side. 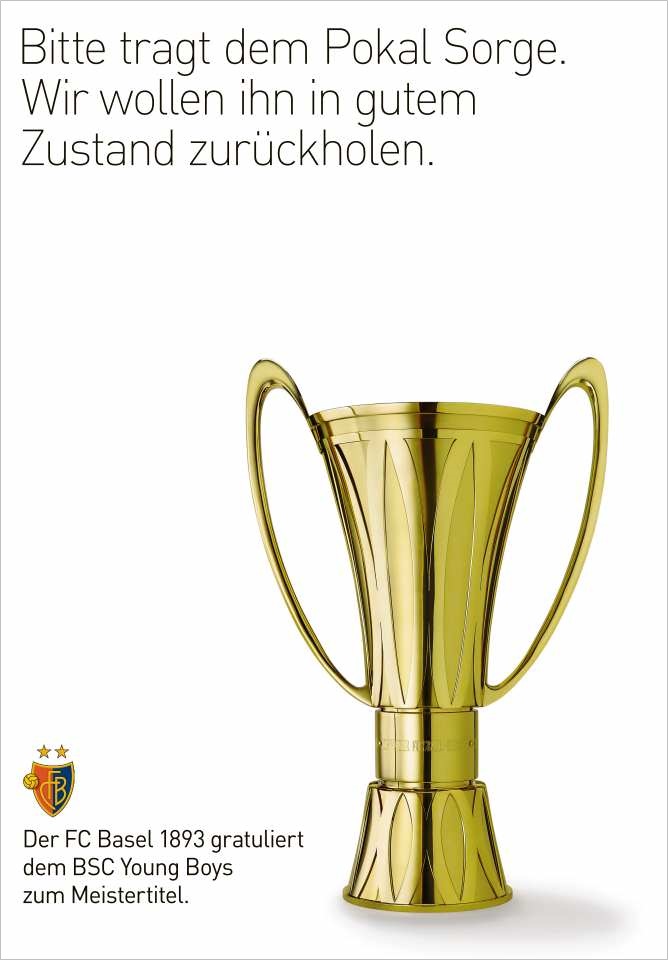 Despite relinquishing their league crown, Basel nevertheless showed their class by taking out a full-page advert in Blick (one of the most popular newspapers in Switzerland) to magnanimously congratulate their rivals on their success.

Please take care of the trophy, we would like to win it back in good condition.

It’s been a difficult campaign for Basel who, despite progressing to the knockout round of the Champions League, are still set to suffer their first season without a trophy since 2008/09.

Adi Hutter’s team have already dumped Basel out of the Swiss Cup, beating the holders 2-0 in the semi-finals, and will now meet FC Zurich in the final later this month.