Eintracht Frankfurt gave Bayern Munich an almighty spanking in the DFB Pokal final on Sunday afternoon, with Niko Kovac’s current side powering to a 3-1 win over Niko Kovac’s future side.

After revelling the night away at the Olympic Stadium, the victorious squad then flew back from Berlin to Frankfurt for the big trophy presentation – but not before midfielder Jonathan De Guzman adopted a very ‘Derek Smalls’ approach to getting the trophy through airport security… 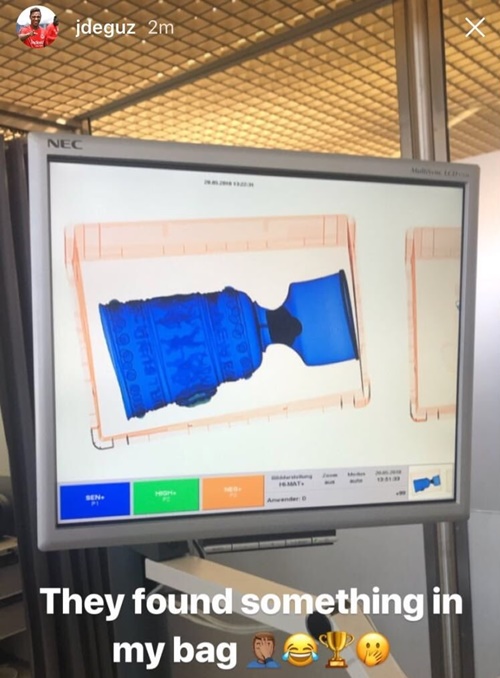 Having finally negotiated their way back home, Eintracht spirited their new ornament to the balcony of their city hall, where the team was met by a dizzying sight.