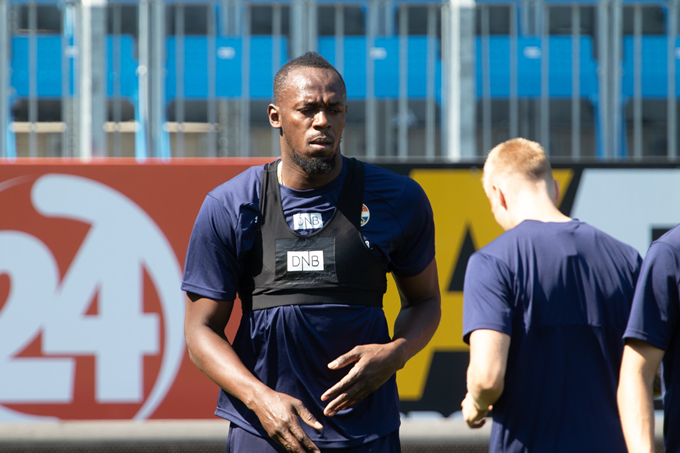 Usain Bolt has continued his quest to forge a second career as a professional footballer by dropping in for a trial with Norwegian club Stromsgodset.

The Olympic sprint colossus has previously undergone a similar training jaunt with Borussia Dortmund, who welcomed Bolt to an open session back in March.

For the record, both Dortmund and Stromsgodset are sponsored by Puma. Also, Bolt’s manager at Puma is Bjørn Gulden, who used to play for ‘Godset back in the 1980s.

The coincidences are myriad.

As a nod to his 100m world record time, Bolt was handed the 9.58 squad number as he dillied and dallied about with the Stromsgodset players on Wednesday.

According to the club, the Jamaican is set to spend the next week training with them before he moves on.

Next stop, Rotherham? Or perhaps Raith Rovers? Or what about Prestatyn Town?