You’ve all heard the names, but are you familiar with the faces?

While more commonly known as the San Siro, any Inter Milan fan will tell you they play at the Stadio Giuseppe Meazza, named after the Nerazzurri’s legendary centre-foward and, latterly, manager.

The photo shows him (left) in his guise as Italy captain shaking hands with his Hungary counterpart Gyorgy Sarosi before a game at the 1938 World Cup.

Romanian’s greatest ever player, it’s perhaps little surprise that Hagi has a stadium named in his honour that is occupied by his first professional club, Farul Constanta.

Garrincha (seen here in his Botafogo days) has his name on the 70,000-seater stadium in Brasilia by virtue of winning the World Cup twice with the Selecao (in 1958 and 1962) and by generally being one of the finest players to ever wear that iconic yellow shirt.

Eternal star and captain of the ‘Magical Magyars’, Puskas has the distinction of having not one but two stadiums named after him. The first was built in 1953 and served as the home for the Hungarian national team until it was demolished in 2017.

However, a brand new 67,000-capacity Puskas Stadium is being built on the site and is due to open at some point in 2019.

Franchi, Italian football administrator and former president of UEFA, is the man with his name above the door at Fiorentina’s purple-hued home ground. 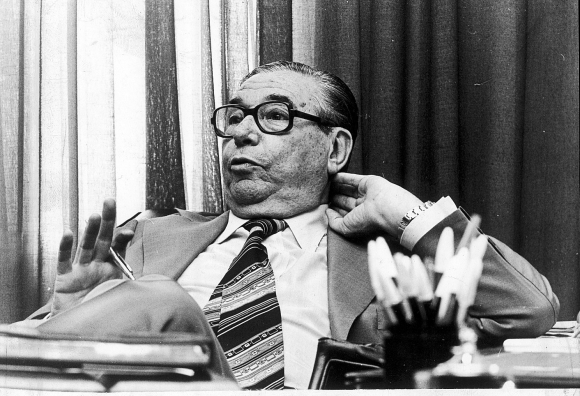 Both the Austrian national side and Austria Wien play their home games at the Ernst-Happel-Stadion.

Ernst is seen on the right here, accepting a pre-match floral offering alongside teammate Alfred Körner (left), who was presumably a set-piece specialist. 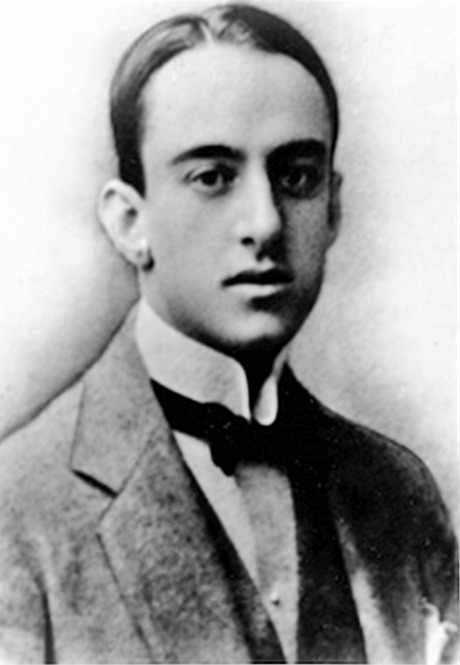 As the expensive suit probably shows, Alvalade never played for Sporting, though he was the Lisbon club’s founder and first ever member in the early twentieth century.

Perhaps a surprise inclusion, El Nino does have a football stadium named in his honour.

Indeed, the Estadio Fernando Torres was opened in the suburbs of Madrid in 2011 to herald CF Fuenlabrada’s hometown hero. 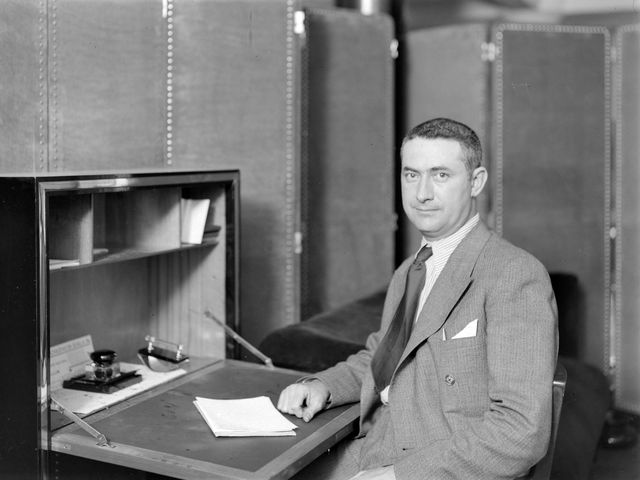 Sanchez-Pizjuan was president of Sevilla from 1932 until 1942, and then returned for a second stint between 1948 and 1956. He is regarded as an emblematic figure in the Spanish club’s annals, what with being the driving force in the building of the stadium that still bears his name, all these years later.

Sadly, he didn’t live to see the ground inaugurated, dying some two years before construction was completed. 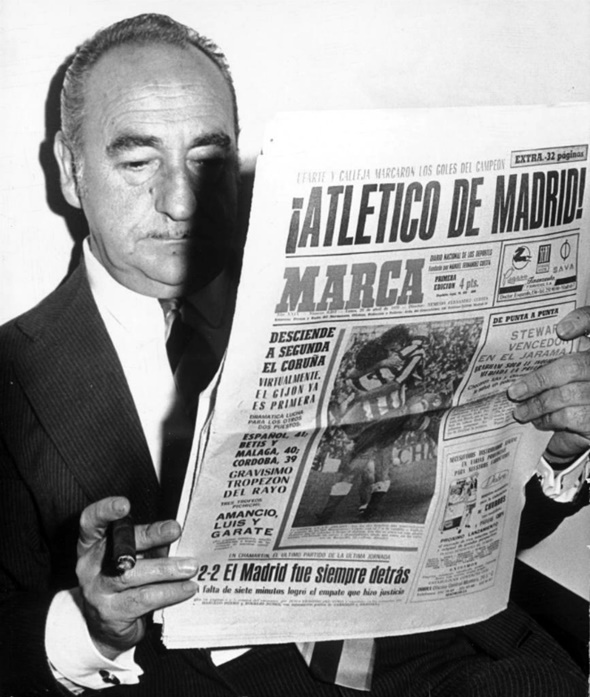 Looking every inch the old-school club president, Calderon was in office at Atletico Madrid from 1964 to 1980 and then a further five years between 1982 and 1987.

Atleti spent decades playing at their old Calderon stadium before upping sticks in 2018 to a gigantic steel bowl named after a Chinese cinema chain. 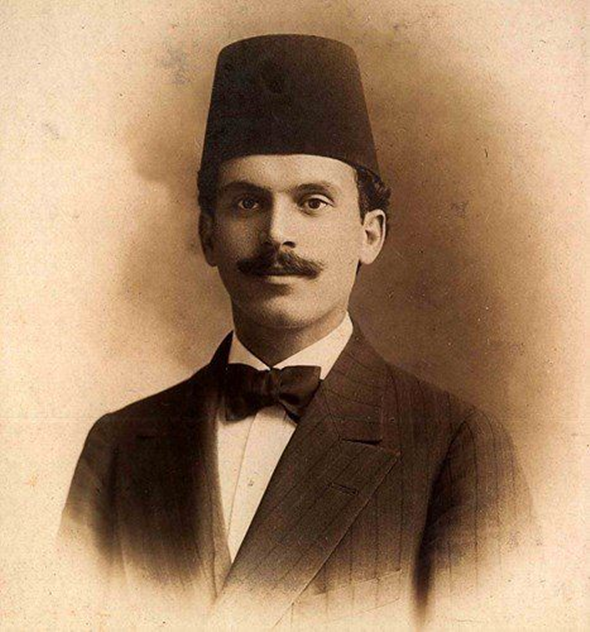 As well as observing impeccable moustache etiquette, Ali Sami Yen founded Galatasaray in 1905 and had exquisite taste in fez.

Bernabeu is considered to be the most important man in Real Madrid’s long and storied history, having both played for Los Blancos and then presided over the club’s ascension to dominance during a 35-year tenure between 1943 and 1978.

Above, Bernabeu can be seen (right) in the midst of selling midfielder Luis del Sol to Juventus in 1962. Below, he can be seen as a much younger man, looking suitably suave in his Merengues kit… 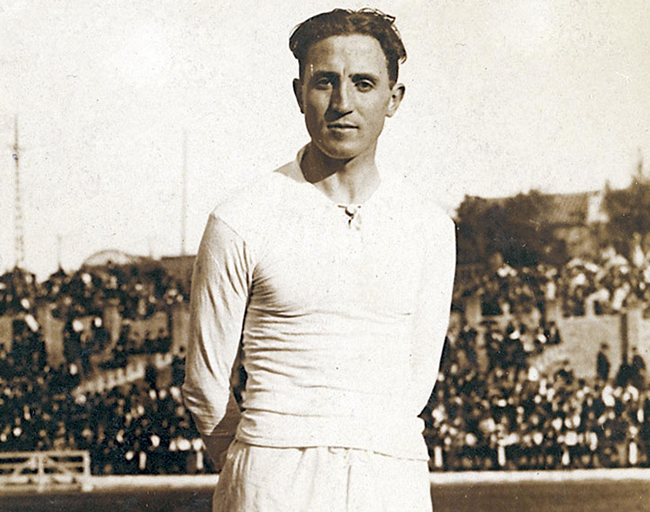