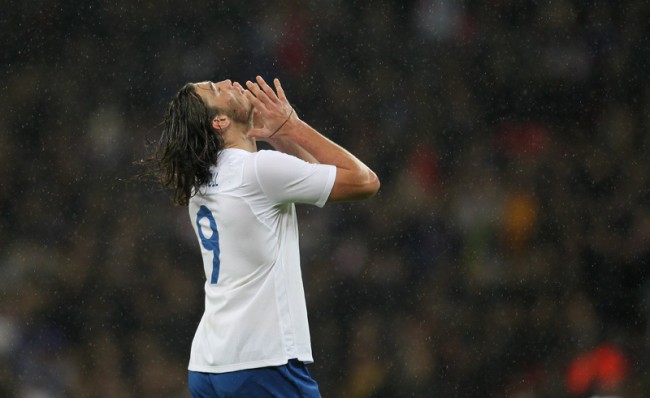 Happy to admit I didn’t see England lose to France, as I was in a pub, and not one of those football-friendly pubs with a big screen. I caught some post-match punditry in my living room, which seemed horribly familiar – along the lines of “We have to rip it up and start again… blah… grass roots… blah… poor technique… etc.” So yeah, happy I missed it. All I did see was Peter Crouch’s goal, which was a very good, un-Crouchlike finish.

The Sun called Capello ‘The prat in the hat’, which is a depressing return to the days of Turnip Taylor and The Wally With The Brolly. As I’ve said before, Capello is a dead man walking; once the tabloid tide has turned against you, history has shown it’s almost impossible for England managers to turn it around. But I do wish the tabs would admit that this England team is mediocre – at best – when compared with teams like Spain and Germany. In the light of such an admission, perhaps some England fans wouldn’t rant and foam at the mouth, as if this result is a massive outrage. It’s not outrageous, it’s predictable.

If you did watch the match, what did you make of it? I heard Andy Carroll put himself about in a mildly effective fashion, and that Jordan Henderson was played out of position. I also heard Nasri was rather good. Fill me in…