A gaggle of photos of Fabio Capello and the England blighters going through their paces at London Colney ahead of Friday’s Euro 2012 showdown with Montenegro.

Eyes peeled for John Terry’s puzzling sock choice – what on Earth could it mean? Maybe his cold, dead soul just turns everything he touches black? Or, perhaps, I’m reading a little too much into it… 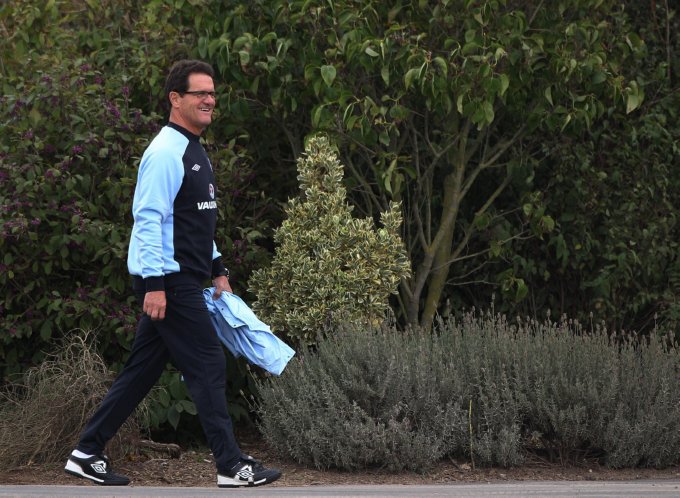 “Music loud and women warm, I’ve been kicked around since I was born…” 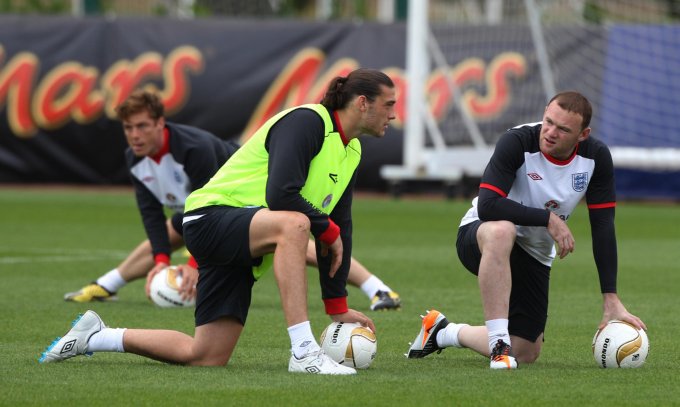 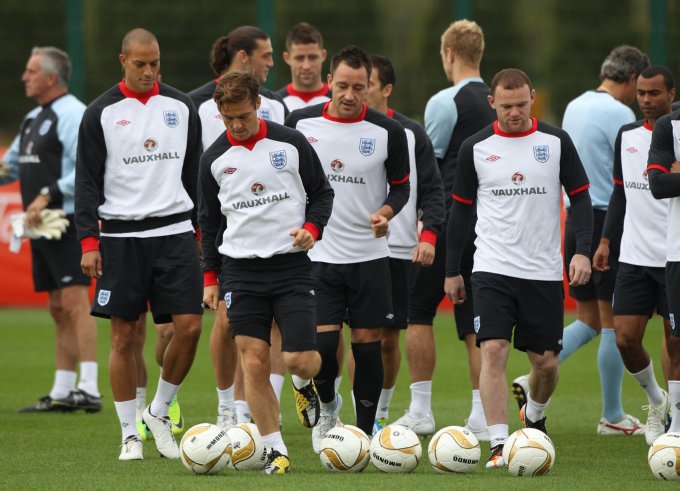 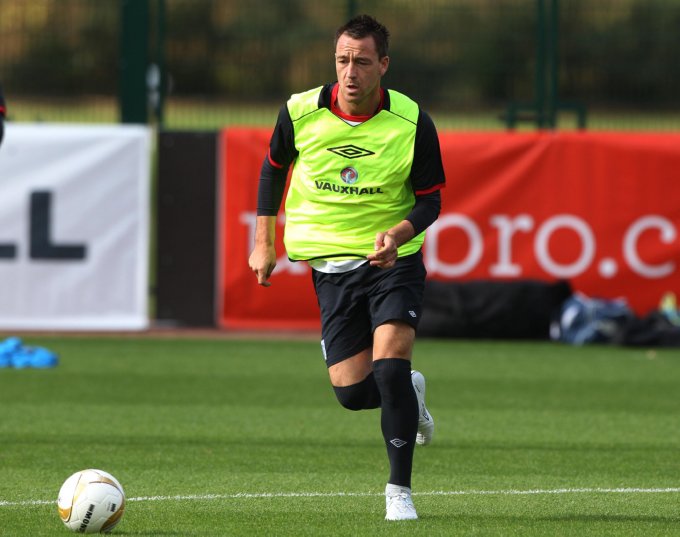 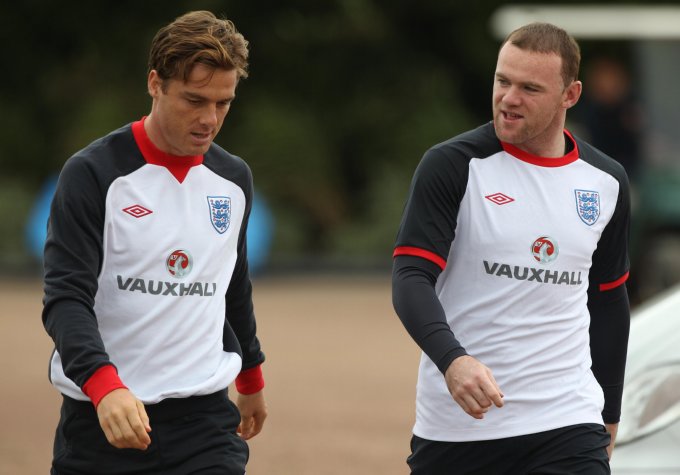 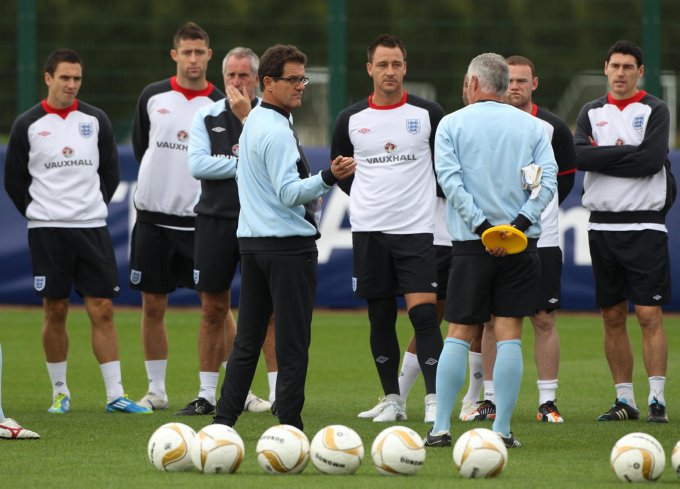 “Oi Clemence! You better not be hiding my sodding cones again!” 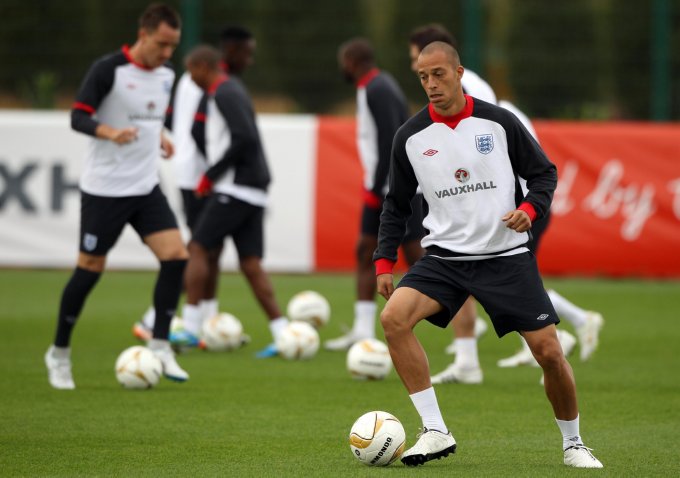 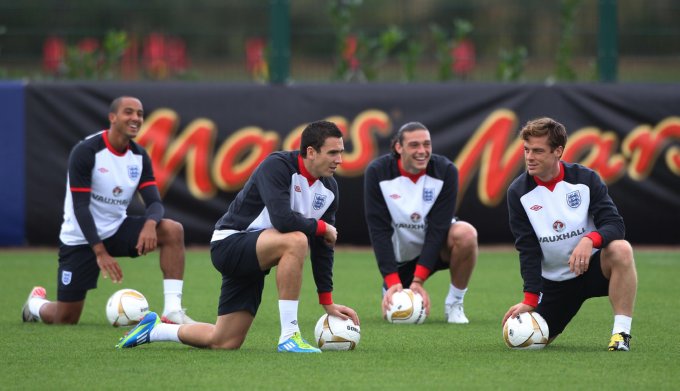 “Has it dawned on any of you gentleman that we are, quite literally, touching our balls?” 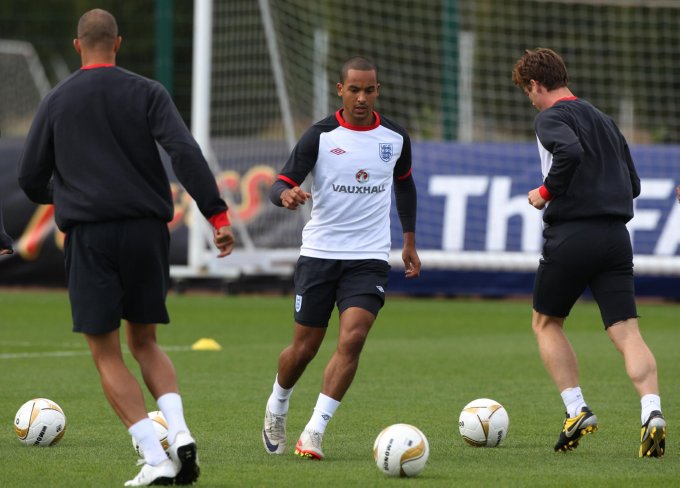 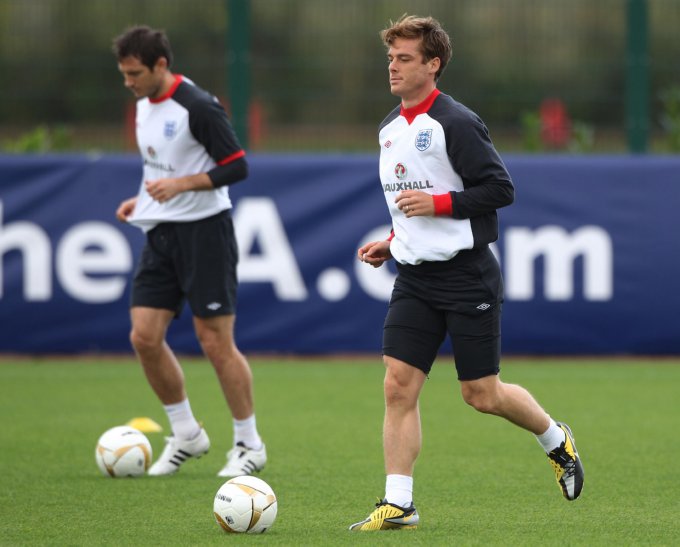 Scott Parker recognises the pure, luxurious elegance of the cut-off jodhpur. Frank Lampard, however, does not 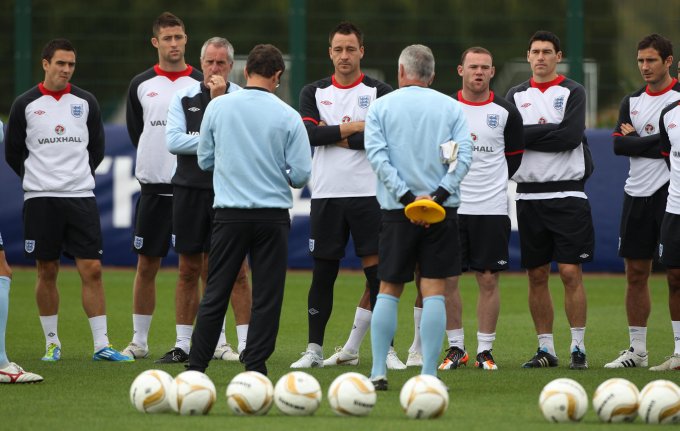 “Right! No cones, no training. We’ll move on as soon as ‘someone’ stops playing silly buggers”