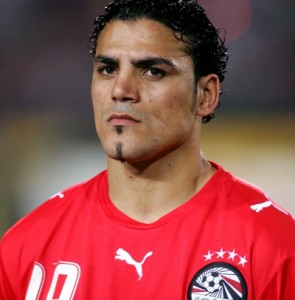 Amr Zaki’s move from Zamalek to Portsmouth will not happen, according to the player himself – not as long as Pompey continue to employ Israelis (Tal Ben Haim and Avram Grant) and an Algerian (Nadir Belhadj).

“I refused their offer before, but now joining Portsmouth is no longer an option for me,” Zaki said on his official website.

“After Portsmouth signed an Israeli player and also hired an Israeli football director a possible move was ruled out. On top of that, no way could I play at Portsmouth with an Algerian within in their ranks.”

All together now: “Everyone’s a little bit racist, sometimes…”

Zaki’s startling admission is sure to do wonders for Egypt-Algeria relations, not to mention offending a substatntial number of Israelis.

Quite simply, there is no place in football for idiots like Zaki.