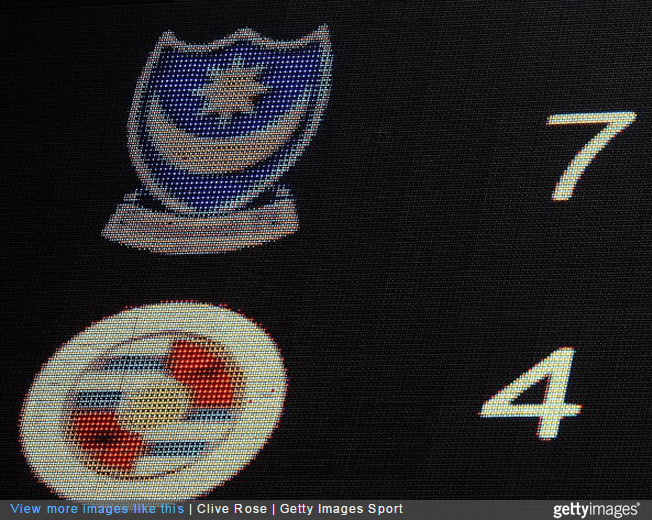 Portmouth’s 7-4 drubbing of Reading is still the highest-scoring Premier League game ever, with Pompey striker Benjani going on to score a hat-trick in a maddening game which, at half-time, was finely poised with the home side just 2-1 up.

However, in the second half, it all went completely bloody bonkers!

Reading squared things up at 2-2 three minutes after the break through Dave Kitson. Then, on 55 minutes, Hermann Hreidarsson restored Portsmouth’s lead by making it 3-2.

Nicky Shorey missed a penalty for the visitors on ’65 before Benjani wrapped up his hat-trick on 70′ to make it 4-2 to Pompey.

But wait, there’s more! Nico Kranjcar’s header made it 5-2 on 75′, before James Harper pulled one back for Reading on 79′.

If you’re struggling to keep count, that’s 5-3 going into the last 10 minutes.

Sean Davis’s 30-yard scorcher made it 6-3 to Pompey in the 81st minute, though that was far from being that.

Injury time saw Sulley Muntari make in 7-3 from the spot, before a deflected shot from Shorey found its way in to finally bring an exhausting 11-goal barnstormer to a close at 7-4…