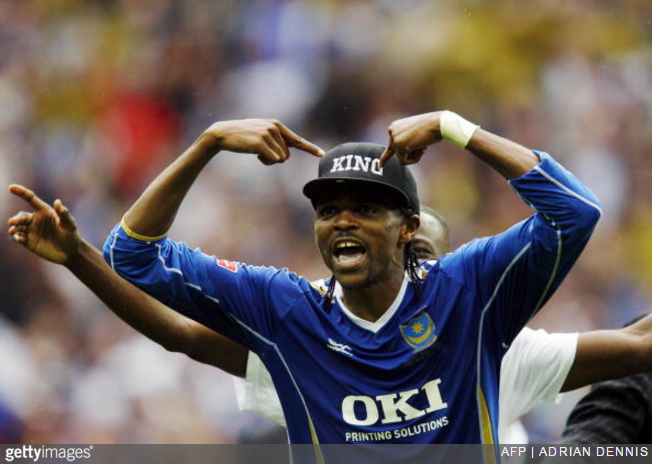 Nwankwo Kanu was and indeed still is something of an anomaly in the world of professional football.

While undoubtedly capable of moments of mercurial poise and skill in isolation, the lanky forward boasted a fairly unimpressive overall goal record, a knack for missing nailed-on sitters and also, if memory serves, was injured for roughly two-thirds of his entire career. Still, he’s almost universally loved by all, Pies included.

Indeed, Harry Redknapp has been yammering on about his time spent trying to cajole Kanu into getting stuck in during their five years together at Portsmouth between 2006 and 2012.

Speaking to King Fut, Redknapp first reminisced about the actual process of signing Kanu for Pompey as a free agent, several months after leaving West Brom:

I called him up and asked him what he was up to, I always wondered what he had done ever since he left West Brom.

I asked him if he was fit to play and to this he replied saying: “Yes, I just had a run around the park two weeks ago”, so I gave him the address and asked him to come down to training.

Against the better judgement of his entire back-room staff, ‘Arry’s risky gamble ended up paying off (for once) once he made it out onto the pitch:

I didn’t play him until the second half when we were 1-0 up. My assistants were against me playing him and were worried but I trusted the lad.

He went on to score twice and missed a penalty for his hat-trick!

Redknapp also revealed the gangly Nigerian striker’s fail-safe method for ensuring he wasn’t made to do too much hard graft of a week:

The most common thing I’d get from Kanu was a message every Monday morning with the exact same message, that at some points it felt pre-recorded.

“Boss, the King cannot come into training. I have an upset stomach”

Referring to yourself in the third-person and as “The King” while simultaneously wimping out of training? Impressive.