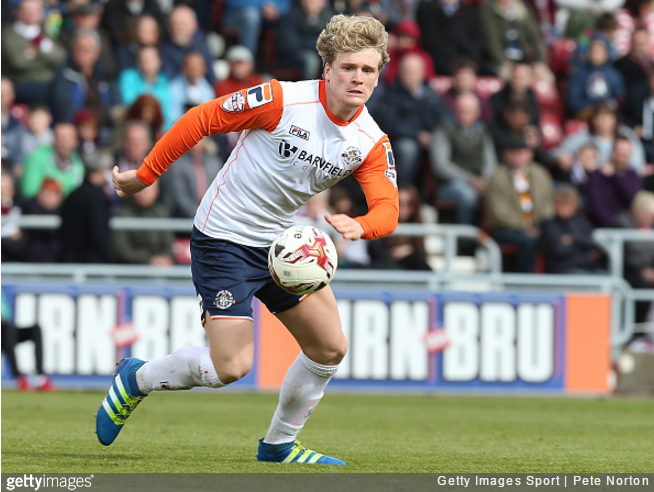 It would appear that sympathy was in short supply during Monday night’s League Two meeting between Portsmouth and Luton Town.

It was also a torrid night for Luton midfielder Cameron McGeehan, who left the pitch on a stretcher with just 15 minutes elapsed after suffering a broken leg in a challenge with Pompey’s Michael Doyle.

According to the Bedfordshire News, as the medical team struggled to load the writhing player onto a stretcher, the home fans began a rousing chorus of “You’re going home in a f**king ambulance”.

Then, quite literally adding insult to injury, McGeehan was shown a yellow card by referee Tim Robinson after the stricken 21-year-old punched the pitch in frustration.

One thing I will say, Portsmouth fans showed no class whatsoever, absolutely no class. That was an absolute disgrace,”

The kid’s a young boy, he’s a wonderful talent, he works hard every day and it’s a bad injury and Portsmouth fans showed what they’re about – an absolute disgrace in how they reacted, showed absolutely no class whatsoever.

Asked about the ref’s fabulous decision to book McGeehan for shattering his tibia, Jones was equally perplexed and incensed:

I think it was his reaction after, I don’t know, but surely an element of empathy or compassion has to be shown.

I don’t know [how long McGeehan will be out for], I can’t say too much now as we haven’t had the full diagnosis.

But we’ll just make sure he comes back safe so he’ll continue his progression.

At the minute, it’s just a real, real, real travesty for the kid more importantly but also for us.

Yep. The season of goodwill is officially over.