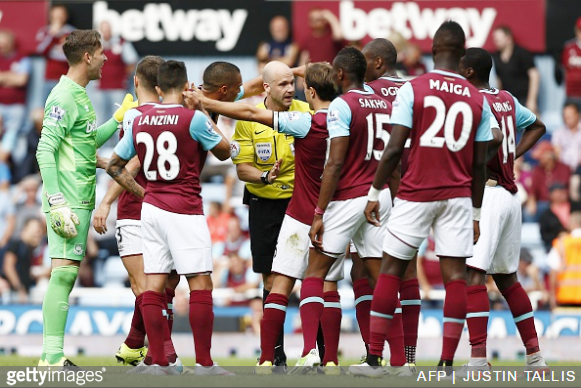 Just a few weeks ahead of the new season, the Premier League have announced that they’ve tweaked several rules in a conscious effort to cut down on ill discipline and dissent, especially toward referees.

The Premier League, the English Football League and the FA are all ganging together to ask match officials to take a stronger stance on punishing both players and manager for lapses in sportsmanship.

According to a statement issued on their official website, the Premier League have noticed over the past four seasons that “intolerable behaviour by players and managers in their competitions have reached unacceptable levels in certain areas”.

Indeed, they have now tasked the Professional Game Match Officials board (PGMO) with staging a crack down to make sure the laws of the game are used to “rigorously manage a collective undertaking to improve behaviour” throughout the professional game.

As such, certain rules have been strengthened to allow referees to deal with foul-mouthed tirades, crowding, jostling, etc.

From now on, yellow cards will be issued to players who:

Red cards will be issued to players who confront match officials and use offensive, insulting or abusive language and/or gestures towards them.

Added to all that, the Premier League have also promised that any goings-on in the technical area will be more heavily scrutinised as of 2016-17.

And not before time. Here’s hoping they can arrest the slide.