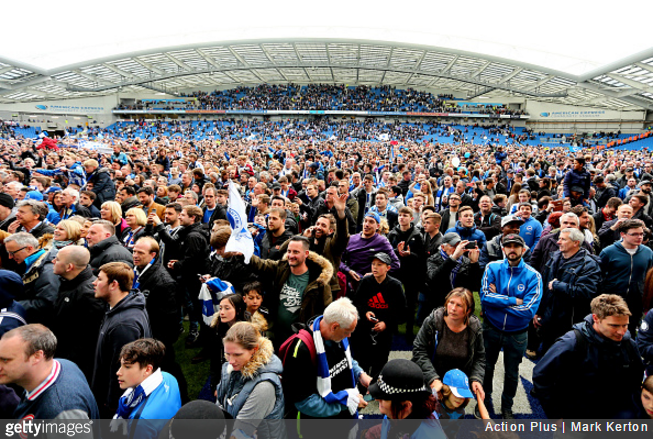 While the players themselves celebrated by playing silly buggers on the train home, one Brighton fan decided that the only fitting manner in which to mark his side’s glorious ascension to the Premier League was in mural form.

As spotted by the Brighton Argus, one Seagulls supporter in Viaduct Road, Brighton, has turned his house into a giant, blue-and-white striped homage to his beloved football club… 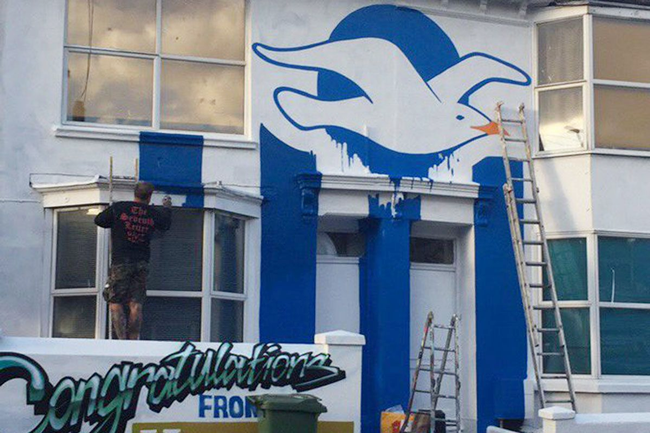 We’re sure the neighbours are positively thrilled.