Being the unbearably needy dweebs they are, the Premier League have chosen the first day of the World Cup to announce their fixtures for the 2018/19 season.

As ever, all teams will play each other twice in various order, with all fixtures subject to change at a moment’s notice on the whim of various broadcasting companies.

The most noteworthy quirk is that new Arsenal manager Unai Emery has been handed a baptism of fire as a welcome present, with the Gunners scheduled to face Man City and Chelsea in their first two games of the season.

Arsenal will begin proceedings by hosting the reigning champions at the Emirates before travelling to Stamford Bridge the following weekend. Oof.

As for the rest of the opening day itinerary, it looks like this… 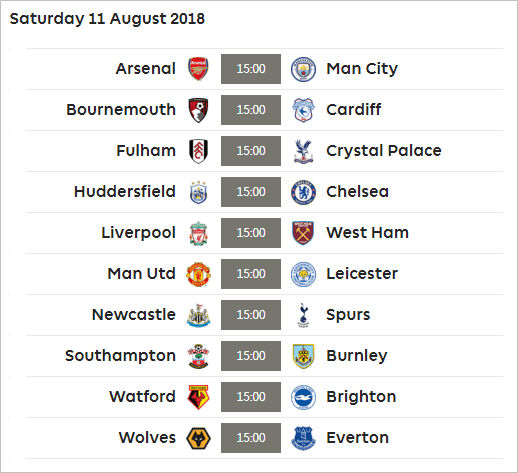 A few other choice dates for your diaries…

The random computer once again pairing up those big derbies nicely.

The rest of the 2018/19 Premier League fixtures can be viewed on the league’s official website.