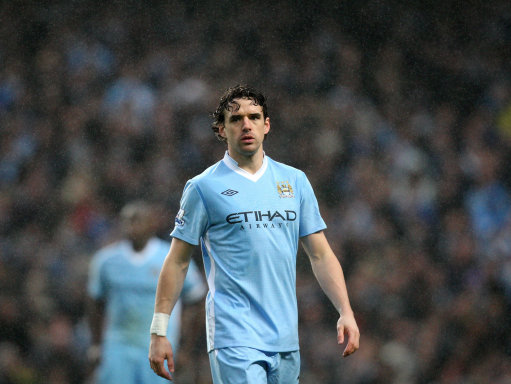 Once hated by England fans and then loved by them, Owen Hargreaves, of this video genius,  is now training with Queens Park Rangers in yet another attempt to regain his fitness and to salvage his injury-savaged career.

Despite signing a one-year deal with Man City last summer, the former Bayern Munich midfielder managed only 13 minutes of league action as his body, battered by injuries and bruised by countless operations failed to perform at the requisite level.

Now, the Canadian-born anchor-man is hoping a pre-season (at the very least) under the tutelage of another curly-haired former Red Devil, Mark Hughes, can finally bring about a return to consistent action at the highest level. Hughes said:

“Owen is training with the group. There is no obligation for either party. He is keen to retain his fitness and we are more than happy to help him.”

To be honest, at 31-years of age, you have to doubt whether he’ll ever regain a foothold in the top tier, which is a pity really as he was a very decent player in his prime.